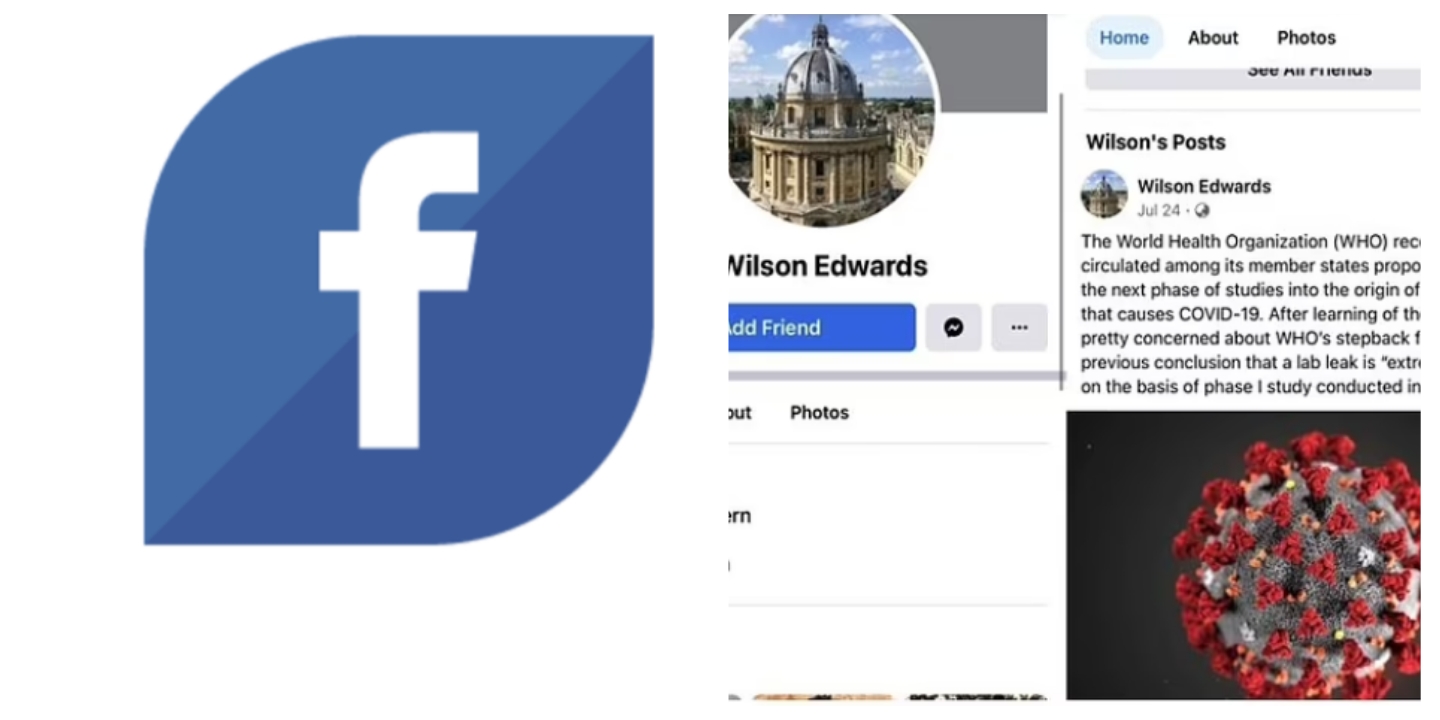 Facebook has recently deleted over 500 Facebook accounts used by China, to spread fake news about the Covid-19 virus and speak against the US.

In a report by “Mail Online” one staff of Chinese state-run companies, and China’s state-run media worked to spread fake COVID-19 news to misinform the masses.

According to reports, it all started in July, when a Facebook account was created in the name of Wilson Edwards, a self-acclaimed Swiss biologist.

That same day, the account user, Wilson Edwards, shared news claiming that US officials were using ‘enormous pressure and even intimidation to force scientists to support calls for new investigations into the origin of coronavirus.

That day, hundreds of other similar accounts were created, which began sharing, liking, and linking to the post.

Many of these accounts users posed as westerners using fake display pictures, were later found to be fake.

Within a week of the fake information, many Chinese media outlets reported on the US intimidation as if the information had been made by a real scientist.

The head of the investigation team working on the misinformation at Meta, Ben Nimmo, stated that the strategy worked like a monitoring device reflecting the original.

‘In effect it worked as an online hall of mirrors, endlessly reflecting the original fake persona and its anti-US disinformation.

However in August 2021, Swiss authorities, in a tweet stated that they have no record of any biologist named Edwards and that if he exists they would like to meet him.

”If you exist, we would like to meet you!”, the Swiss embassy in Beijing had tweeted.