How were you able to stay with Simi? – Erica Nlewedim questions Adekunle Gold 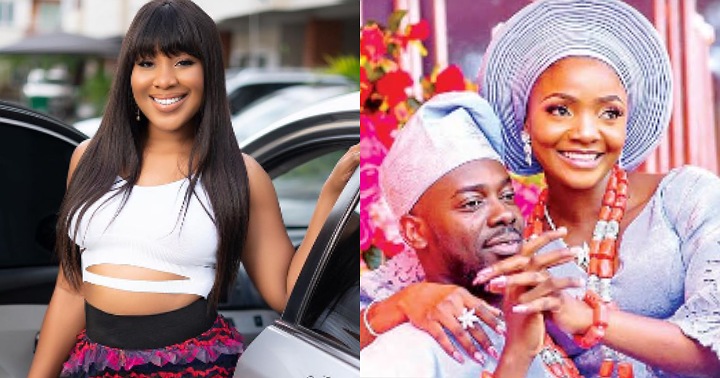 Former BBNaija housemate, Erica Nlewedim has questioned Adekunle Gold on the secret of his long-lasting relationship with Simi.

The popular reality TV star tweeted this question to AG BABY, a talented musician whose union with equally gifted and popular singer, Simi, has held the attention of admirers for its consistency.

Their marriage earned them the term, ‘power couple’.

Adekunle Gold tweeted a line of lyrics, “Love is not enough” in response to Omah Lay’s claim that love was everything.

Erica Nlewedim responded to this by asking the secret of his long-lasting relationship with Simi even in periods of financial instability.

Her emphasis was on their ability to be together without money.

“How were you and Simi able to stay together for years when there was no money?” she asked.

This question generated debate in the comment section as people argued about the importance of money in sustaining love and a relationship.