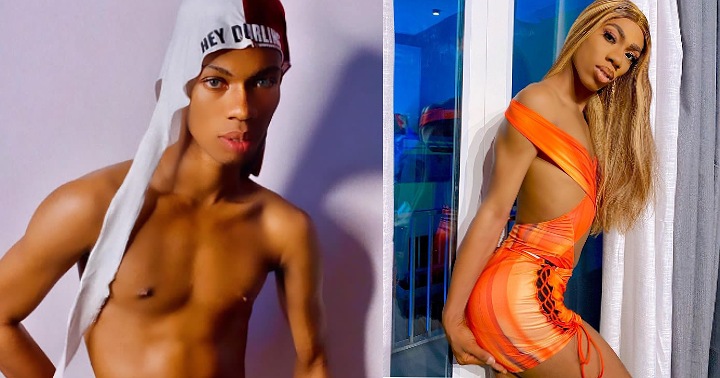 Nigerian crossdresser, James Brown has disclosed in a moment of vulnerability that he misses being a man.

He divulged this in a video which he shared recently on Instagram.

In the video, he addressed his fans and told them what he misses about being a man.

He disclosed that he missed his male parts and said that it was normal to do so periodically.

The crossdresser sported cornrows in the video as he talked about masculinity and virginity in his life.

“So I miss being a man. I really miss being a man. I can’t actually remember the last time I chuck my strong thing inside a pu*sy. It’s been like….I’ve never done it in my entire life. I think…..I think I am a virgin! I think I’m going to wait for a very long time. I’m stuck like this. Sometimes, you know, you just miss your other parts,” he said.