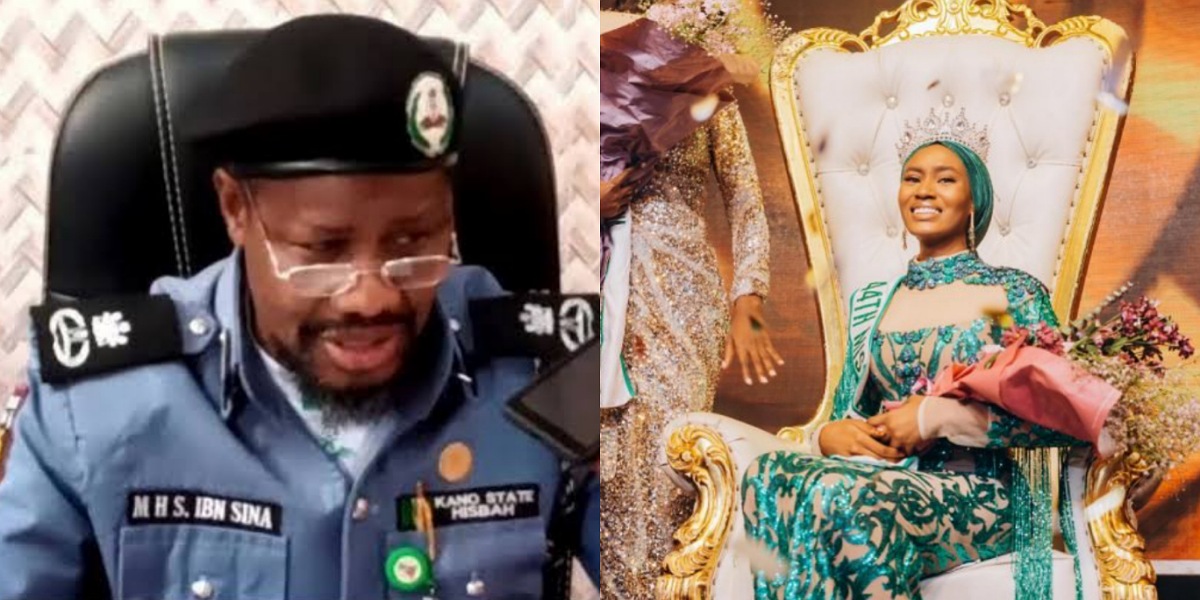 The Kano State Hisbah Board, is set to invite the parents of the 44th Miss Nigeria, Shatu Garko, over their daughter’s ‘illegal’ participation in the national beauty pageant.

The 18-year-old Shatu Garko become the first Muslim girl to win the Miss Nigeria pageant since its inception in 1957.

Nigerians are the best friends you can have –…

But according to the Hisbah, it was forbidden for one to contest in any beauty contest under the Muslim religion.

“We have confirmed that Shatu Garko is a muslim from Kano state and her parents come from Garko Local government area. Kano is a sharia state and this is why we would not allow the matter to pass.

“We will invite the parents to talk to them about the actions of their daughter and the fact that what she did is illegal in Islam in case they don’t know so that she would not continue in that path and also stop other girls from copying her,” the Hisbah boss, Sheik Ibn Sina, told BBC News Pidgin.

Garko was crowned the 44th Miss Nigeria after beating 17 other finalists at the event held on Friday, December 17, 2022, in Lagos.

She was also the youngest contestant this year, winning N10M, a one-year residency at a luxury apartment, a brand new car, and brand ambassadorship opportunities.

Actor Yomi Fabiyi sets aside beef, congratulates Bimpe Oyebade on her wedding, months after accusing him of demanding sex for role