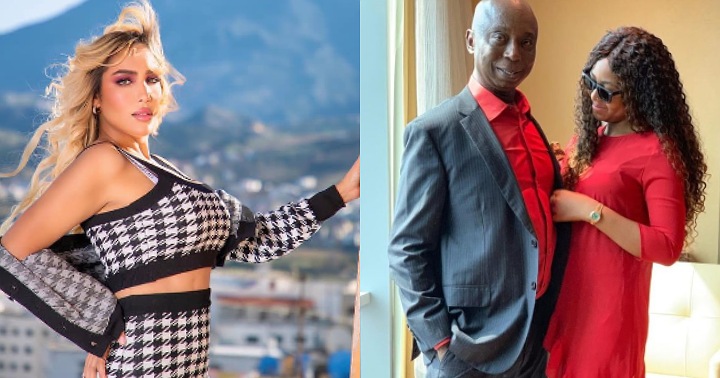 Hours ago, Ned Nwoko made a statement on Instagram debunking reports of Regina Daniels’ involvement in his divorce with Laila.

Nigeirans had dragged Regina Daniels following Ned Nwoko’s divorce, as they claimed she had a hand in it.

However, in his statement, Ned Nwoko denied reports of Regina using kayanmata on him as he revealed that Laila’s indecent behavior made him chase her out of his house.

Ned Nwoko claimed that Laila Charani lived a wayward lifestyle and even went on a surgical procedure without informing him.

Speaking further, the philanthropist claimed that Laila was also seeing another man secretly and maltreating their kids.

Reacting to this, Laila shared a post on Instagram stating that she’s currently living a happy life where she is.

They don’t bully you as much as they do me — DJ Cuppy cries out after sister, Temi reveals she loves Twitter