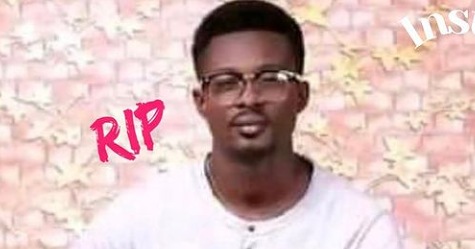 A Nigerian man identified as Mr Ugorji Aguwa has reportedly fled the community after killing his nephew’s in-law in Mbaise LGA area of Imo state.

The deceased, Ubanna Henry Iroegbu, confronted the suspect for allegedly maltreating his sister, who is married to the suspect’s nephew, who lives abroad.

Following the confrontation, the suspect reportedly raged with anger and allegedly shot and ki#lled him.

It was gathered that the unfortunate incident occurred on Tuesday, December 28, 2021.

According to the deceased’s sister,

“My elder sister whose husband is out of the country, traveled home from Port Harcourt to visit her mother-in-law in Umueleagwa. Yesterday, her husband’s uncle, Mr Ugorji Aguwa told her not to cook in her mother-in-law’s kitchen because the land belongs to him.

When my sister disobeyed him, he angrily threw away the food. After which, him and his family har#ssed her until she called my brother, Iroegbu — who has been our father and mother since we lost both parents — to come to her aide.

My sweet brother left all he was doing and took some youth from our village to Umueleagwa. My brother got there, as they were looking for this man, he turned back maybe to return home since this man and his family refused to come out and the next thing Mr Ugorji sh#t my brother from behind and ki#led him.

He is currently on the run with his family. I need justice for the d#ath of my brother whose only crime was protecting his siblings who are orphans.”