Singer, Buju hints at collaboration with Olamide, as he leaks their chats online (Screenshots) 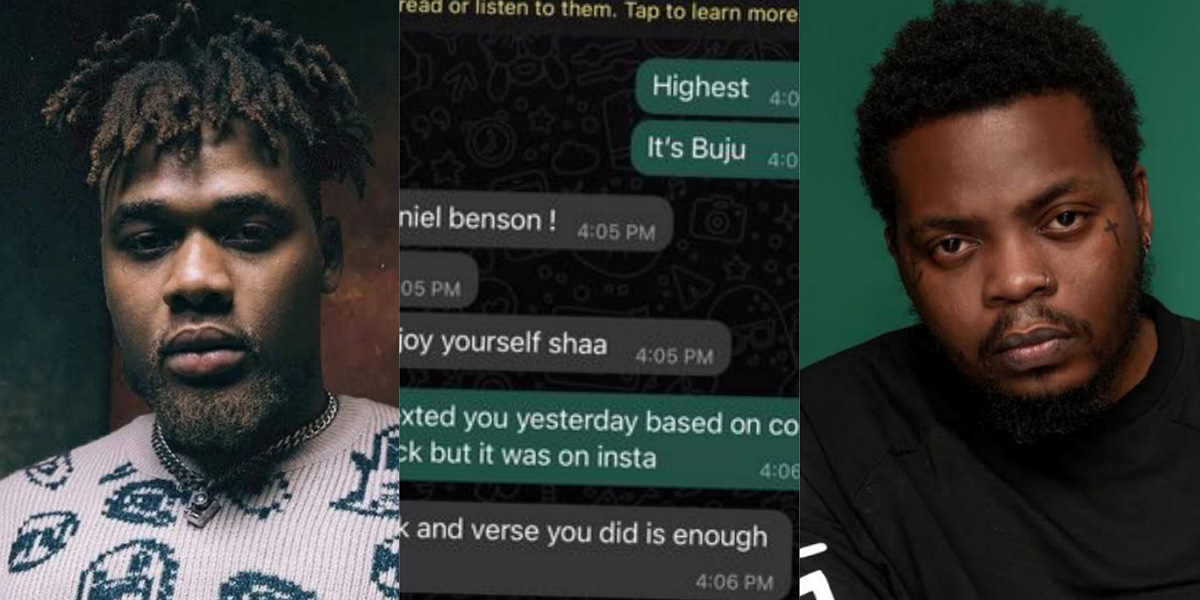 Buju made this disclosure to his fans and followers, after he shared the screenshot of a  WhatsApp chat he had with the YBNL boss recently, on his official Twitter page on Monday, December 13.

“This life no get manual, forgive am” — Olamide…

In their chat, the “Outside” crooner spoke about a new project they were working on, and Buju further asked Olamide if he should send more to spice up the collaboration, which appears to be in the works.

Well, this has gotten several music lovers and fans excited as they anticipate the release of a new song from the duo, sooner.

Meanwhile, below is a screenshot of their WhatsApp chat: