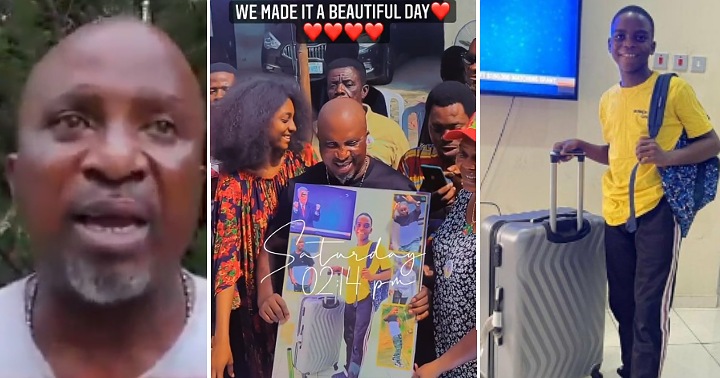 Sylvester Oromoni‘s father has replied those dragging him for celebrating his son’s posthumous birthday.

In a recent interview, the grieving father explained that it was a promise he made to his son, and he had no other choice than to fulfil it even in death.

He added that it was not a celebration of a day of happiness, but only a way of making his birth and praying for his soul.

“I made a promise to my son while he was alive. My wife gave birth to 11 children (four males and seven females), but I lost one of them to death years ago. Sylvester was our last child.

My wife delivered 10 of our kids without a surgical operation. However, she had to undergo a caesarean session (popularly known as C-section) while giving birth to Sylvester. I promised to celebrate his birthday every year in bigger forms.”

“I realised that even he is not with us, we should still ‘mark’ his birthday. It was not a celebration, as many people assume. We only marked his birthday and prayed for his soul.

We did not drink or wine. I promised him, and I will continue doing it even after his death. I will invite pastors to pray for his innocent soul on such days. It was not a day of happiness.”