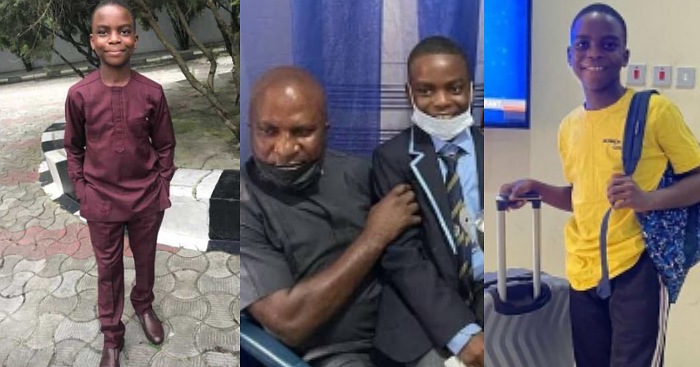 Sylvester Oromoni‘s father, Mr. Oromoni has revealed the last thing his deceased son did before he gave up the ghost.

According to the grieving father, before his death, his cried out to people in the room, saying he doesn’t want to die.

Speaking during an interview with Arise TV on Sunday, Sylvester Oromoni said,

“I told the woman, I read your statement that my boy died as a result of a football injury, if football can injure someone’s mouth, and make one to be in so much pain, I think the government should look at the situation the boy passed through.

“When he was about to give up, he cried and said, ‘I don’t want to die!’ Even after he died and cotton wool was already in his nose, tears were still coming out of his eyes.”