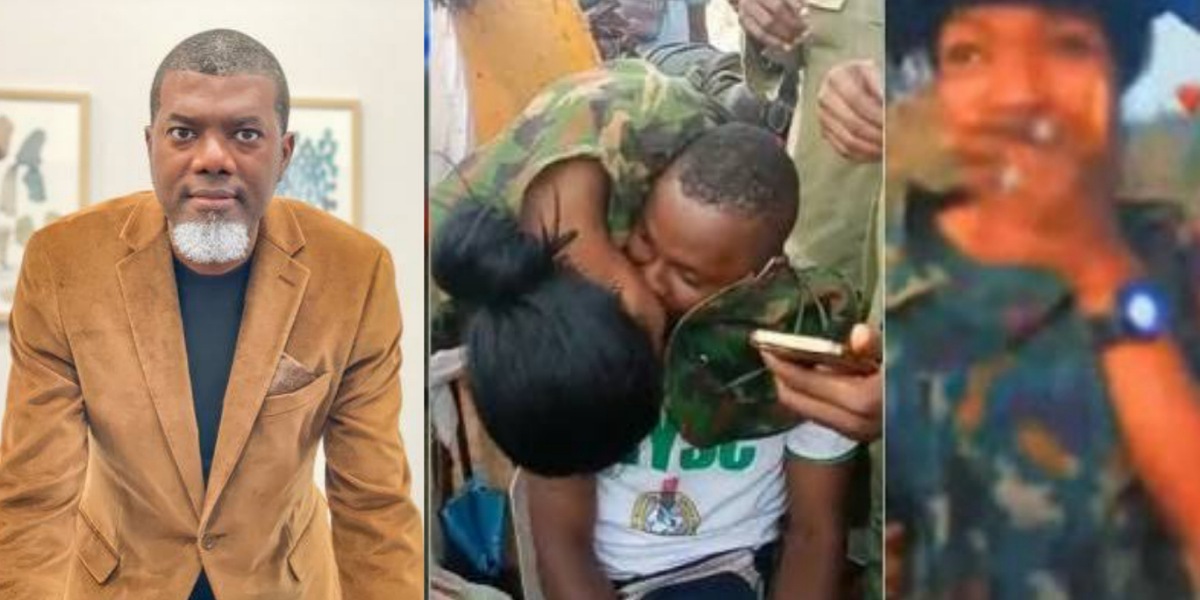 Human rights activist and former presidential aide, Reno Omokri has dragged the Nigerian Army to filth, for arresting a female soldier who accepted a marriage proposal from a male corper, recently.

Recall that the internet went wild with excitement and surprise after a young male corper currently undergoing the mandatory National Youth Service Scheme (NYSC), successfully proposed to a female soldier and she accepted in camp.

However, following the news of the proposal going viral, the Army authorities swiftly arrested the female soldier, Private Hannah Sofiat, for allegedly “violating the military rules”.

This has in turn, led to many condemnations and criticisms at the Army from many Nigerians, with many people saying Love should be celebrated.

While reacting, Reno Omokri has called her arrest by the Nigerian Army “a madness”. He also shared a photo showing an army officer of the Turkish Army proposing to his love at his Oaths ceremony, while the Generals clapped and cheered.

“This life no get manual, forgive am” — Olamide tells Kogbagidi after he sent Zazu star, ‘ packing for calling out Poco Lee