They don’t bully you as much as they do me — DJ Cuppy cries out after sister, Temi reveals she loves Twitter 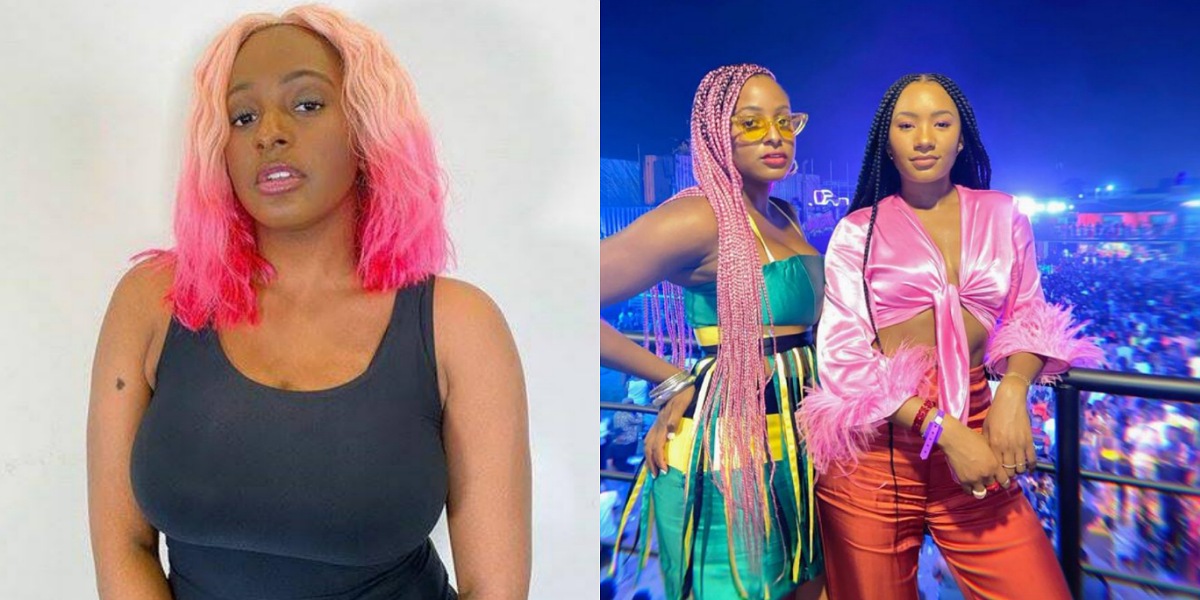 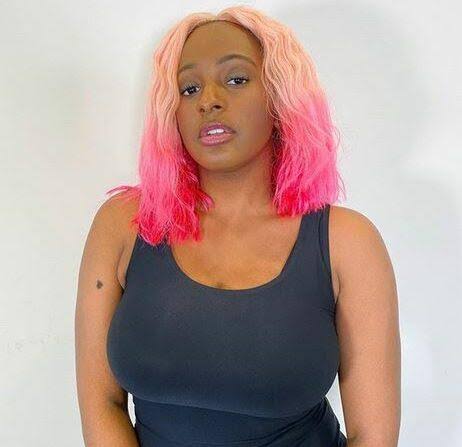 Temi Otedola had taken to the social micro-blogging platform to express her love for the bird app.

She had tweeted, “I love this app”.

However in a swift reaction, DJ Cuppy who has been the subject of trolling and some heavy criticisms on social media both in the past and in recent times, then told her sister that she is not being bullied as much as they bully her on the same platform. 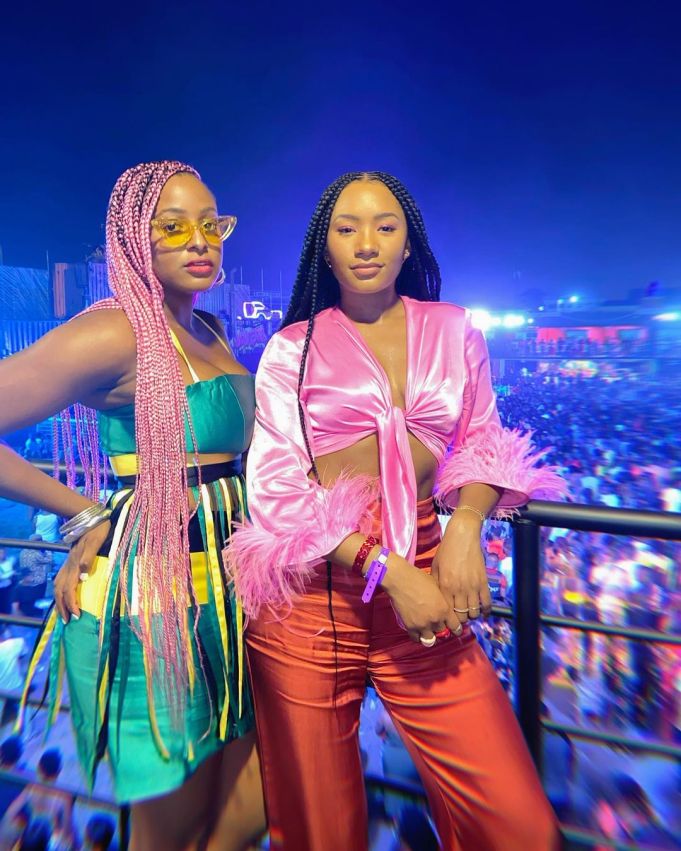 “Temi, they don’t bully you as much as they bully me”, DJ Cuppy responded in a follow-up tweet on her Twitter page.

See the exchange of both sisters below: 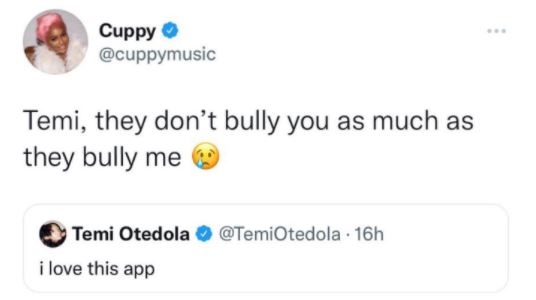 “Nawa for this shoe” – Funke Akindele bursts into laughter over her plumber’s shoe, gifts him new shoes (Video)