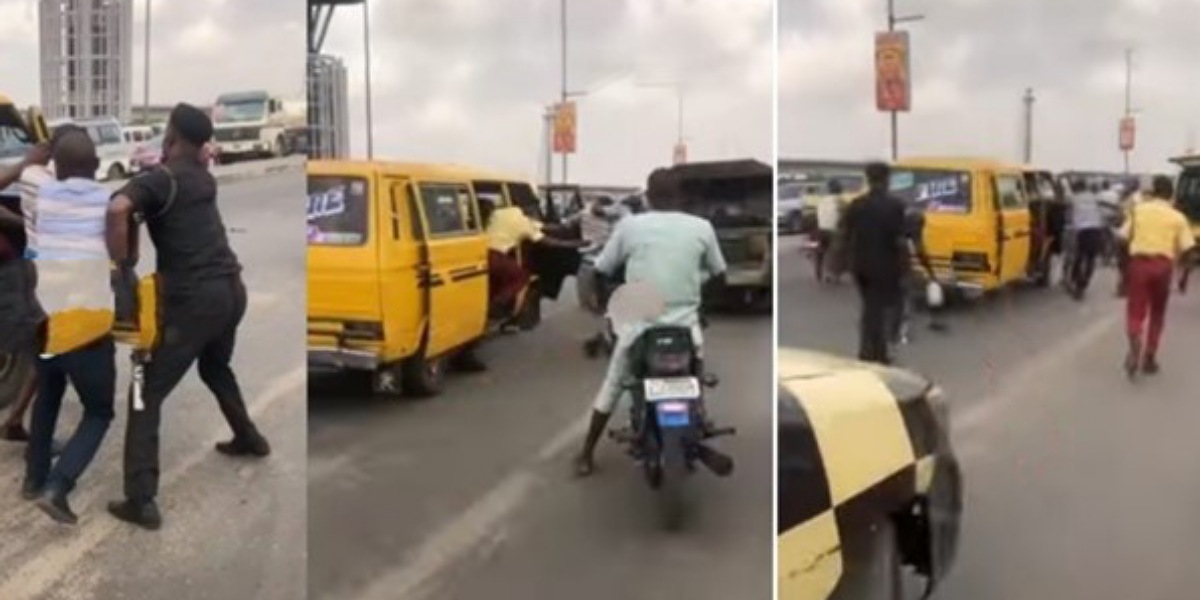 A bus driver has been captured in a video clip battling with police officers and LASTMA officials that tried to arrest him in Lagos state.

In the video which is trending online, the driver could be seen struggling to hang on to his bus as a team of security officers tried to break his grip but to no avail.

A joint team of 3 police officers and 3 LASTMA officers could also be seen in the video, making attempts to arrest the driver as he held onto the bus which was being driven away.

The video which has sparked reactions online, had many social media users hailing the bus driver, while other took pity on him.

Watch the video below (Swipe):

Meanwhile, here are some reactions below:

@ojosebastian said: “This is the real Indabosky be this, man of war”

@dance_machine__ wrote; “That’s literally someone’s struggle for his life. What do you want him to survive on now like this?”

“Your ignorance does not excuse stupidity, we have no petition signed by you” — Kemi Olunloyo drags Femi Falana