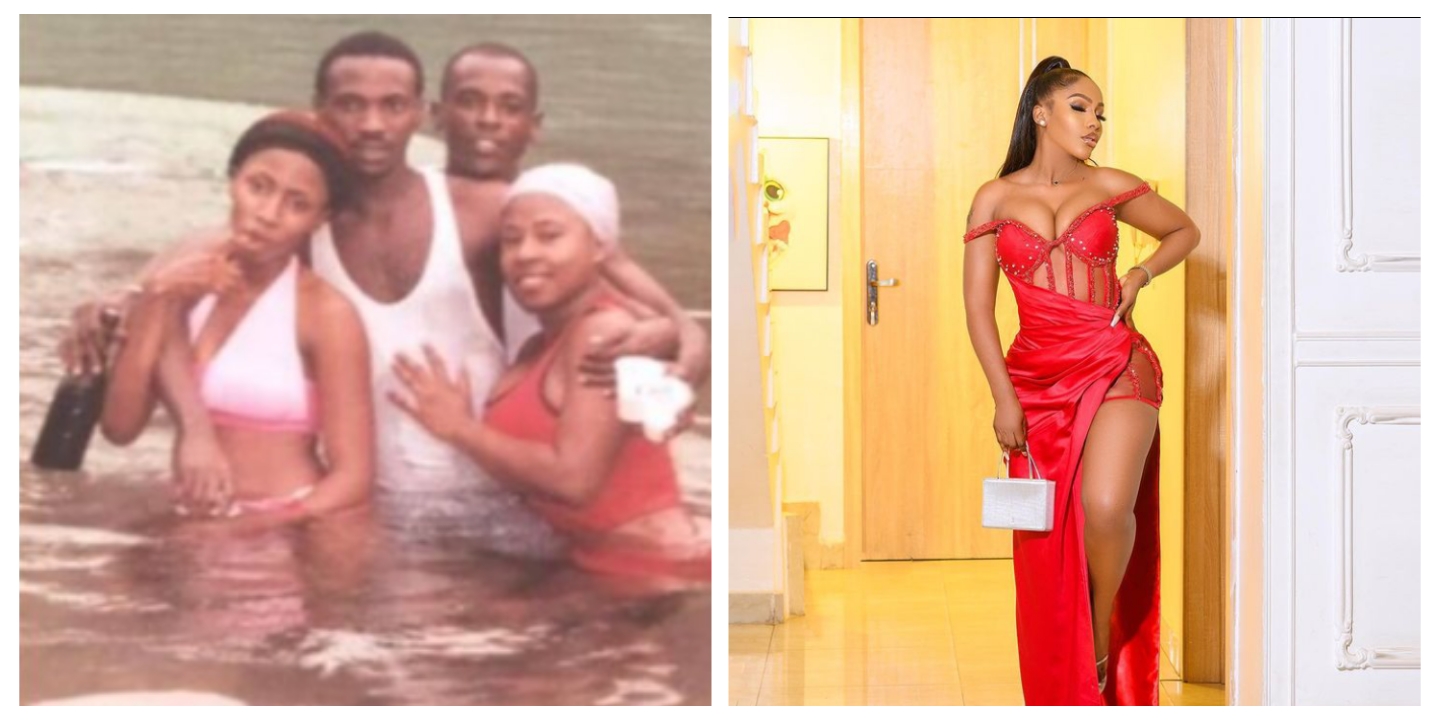 In the photo, Mercy Eke is spotted in a river with her friends as they pose for the camera.

This throwback photo captured Mercy Eke before she rose to fame. It is a photo that tells many stories of how far she has come.

Mercy Eke won the Big Brother Naija season 4, ‘Pepper Dem’ edition. She had a lover while in the house, Ike but their love eventually hit the rock in 2020.

Ike while speaking on their breakup stated that the last time he was happy was when he left his relationship with Mercy Eke.

There are speculations that Ike is unable to finance Mercy’s luxury life. There are also rumors that Mercy’s character outside the house was different from what she portrayed during the show.

In another news, Mercy Eke has finally found the man who gave her his audition tag to participate in the Big Brother Naija reality TV show.

A few months ago Mercy Eke shared a post on her Snapchat, where she asked her fans about the man’s whereabouts.

Some months after human rights activist, Harrison Gwamnishu, shared a video of him with the man, Jefferson Ogbodu.

Mercy Eke was tagged to the post, she responded and reached out to Jefferson Ogbodu with a surprise Christmas gift.

BBNaija star, JMK blows hot as she calls out man harassing her with d*ck photos