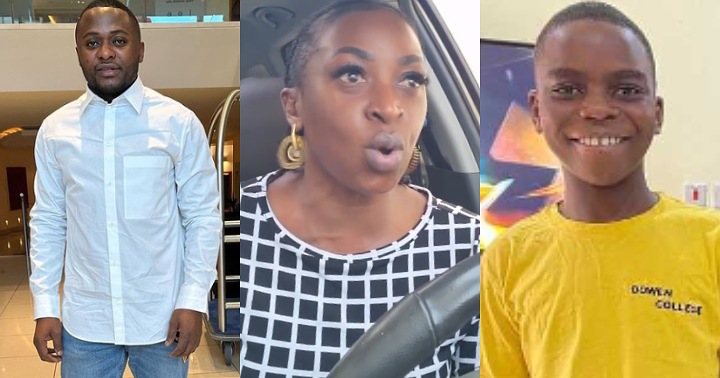 Ubi Franklin has reacted to Kate Henshaw’s video where she lashed out at him for calling her out on the late Sylvester Oromoni’s case.

Earlier on, Ubi Franklin tagged Kate Henshaw and other celebrities, calling them out for their silence on the ongoing issue.

In response, actress Kate Henshaw made a long video attacking those who called her out and establishing the fact that she has been consistent in her clamour for justice.

Music personality, Ubi Franklin, responded to this by making a string of posts to maintain his stance and call Hensaw a bully.

“I no be people wey you dey bully aunty. Listen, if you never liked me and use that as an attack. I no kukuma need you for anything. I am fighting for justice. If you want disrespect, you shall be served. I know is you are close to the owner of the school. So shhhhiiiii. You have in the past weighed in on issues like this, yes. But I wasn’t referring to you but close pals of the school owners and that was spelt out clearly.”

“Now we focus on justice. Dowen College Lagos and Premier Academy Lugbe Abuja. Parents of these children need closure. I no follow anyone come this world. If I talk you no like am, I go talk my own and you talk your own. Nothing I dey fear again for this life,” he wrote.

Tonto Dikeh delivers flowers at the gate of Dowen College, as she celebrates Sylvester Oromoni’s birthday