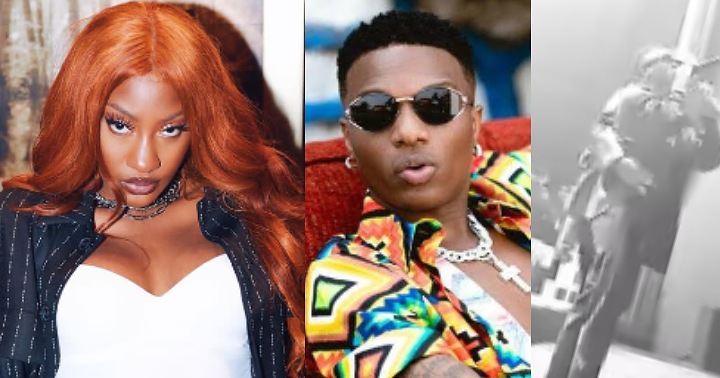 In response to the current conversation of Wizkid’s ‘inappropriate’ attempt to lift Tems, a diehard fan of the Grammy award winner has posted a video that also implicates Tems.

In the video, Tems was seen rubbing Wizkid passionately as he spoke to the hailing audience.

The clip showed her putting her hand around his shoulder, caressing his back and hugging him in an intense manner.

This clip was used as a clapback to those who were criticising Wizkid for touching Tems’ backside and trying to lift her up on stage. When people attacked the male singer for such act which Tems did not consent to, this short clip surfaced online to defend him.

“See how she is rubbing him. Omg I’m sure he was uncomfortable and couldn’t tell her. Tems needs to apologise,” the caption of the video read.

Fans also reacted to this video.

“I trust FC to come for whoever wants to paint bad narratives on Wizkid oh,” someone responded.