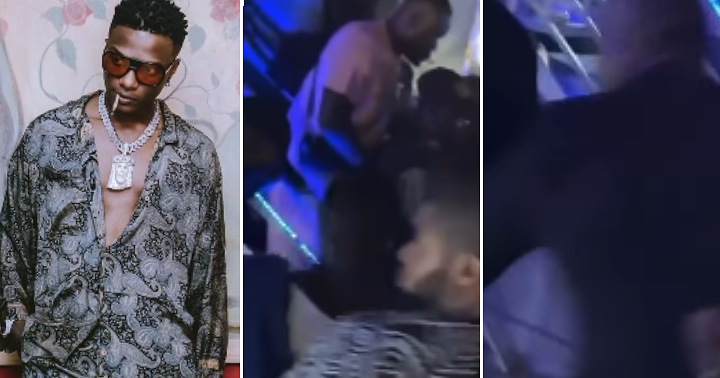 A video making rounds online shows the moment popular singer, Wizkid lost his cool and slapped a man at a show in Lagos.

Reports gathered that the man was allegedly trying to steal his diamond necklace during the beach show in Lagos, and the singer did not hesitate to give him a hot slap.

In the video, Wizkid was seen walking out of the crowd while being surrounded by his bodyguards.

However, a man was seen trying to intercept the ‘human wall’ made around the singer and tried to grab his necklace.

The angry singer gave him a hot slap and the intruder was heard screaming in pain in the remaining part of the video.

Zicsaloma buys himself a Lexus SUV worth millions of naira