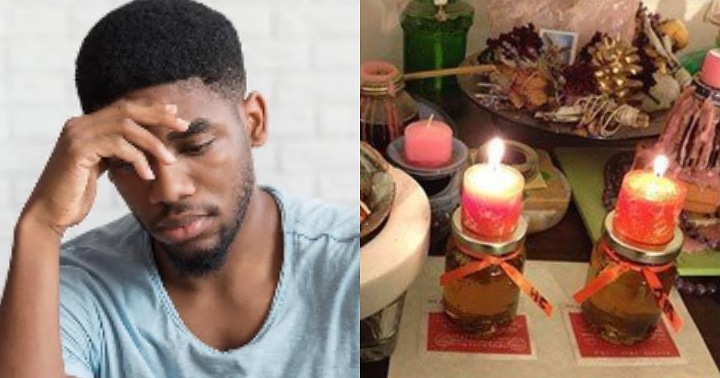 A suspect identified as Afeez Olalere has revealed how his mother advised him to to use his biological brother for money ritual.

Azeez alongside other suspected internet fraudsters, were captured during a raid carried out by the Lagos State police command.

Narrating how he ended up in the fraud business, the suspected yahoo boy stated that his mother motivated him to kill his brother.

“I’m still on my knees begging my mummy”…

“Mother of the year” – Mercy Johnson plays in the rain…

“My mother took me to a herbalist who told me if I want to be successful in the yahoo business, I will have to sacrifice one life and that person must be a sibling to me.

The things he would need to prepare a concoction with are his thumbs, his hair, fingers and a passport photograph. So, we went back home and thought about it, then my mother suggested that we use my younger brother since he is just 21 years old.

She also brought the poison which we gave him to eat. He died within 20minutes after consuming the food. I was the one who cut out the body parts needed. We then wrapped his dead body and headed to the mortuary.” He said.

“Nollywood movies are the reason a lot of young boys are doing rituals” – Music producer, Samklef