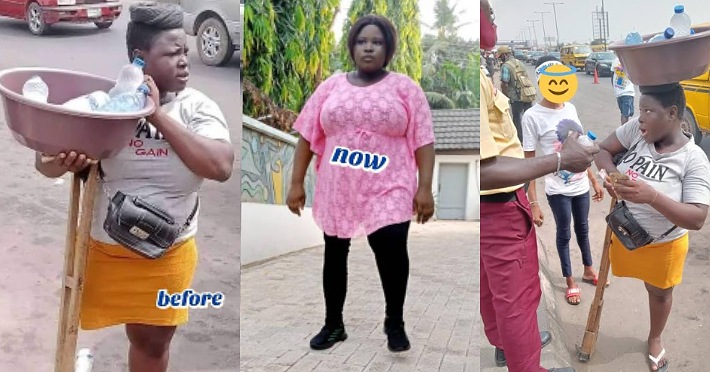 Mary Daniel, a sachet water hawker went viral and received help from Nigerians after photos of herself, hawking with her crutches, went viral.

Following the massive donations, the special adviser, Office of Civic Engagement, Princess Aderemi Adebowale, disclosed that the state government will continue to protect all residents in the state, especially the vulnerable.

Adebowale said the government also took steps to shield Daniel from possible fraudsters who may target the funds donated to her by well-meaning Nigerians.

According to the Special Adviser, the ultimate desire of the state government is to ensure that Daniel becomes a civically responsible citizen in the state, adding that “she now has the resources to take care of herself and her baby and have a new lease of life”.