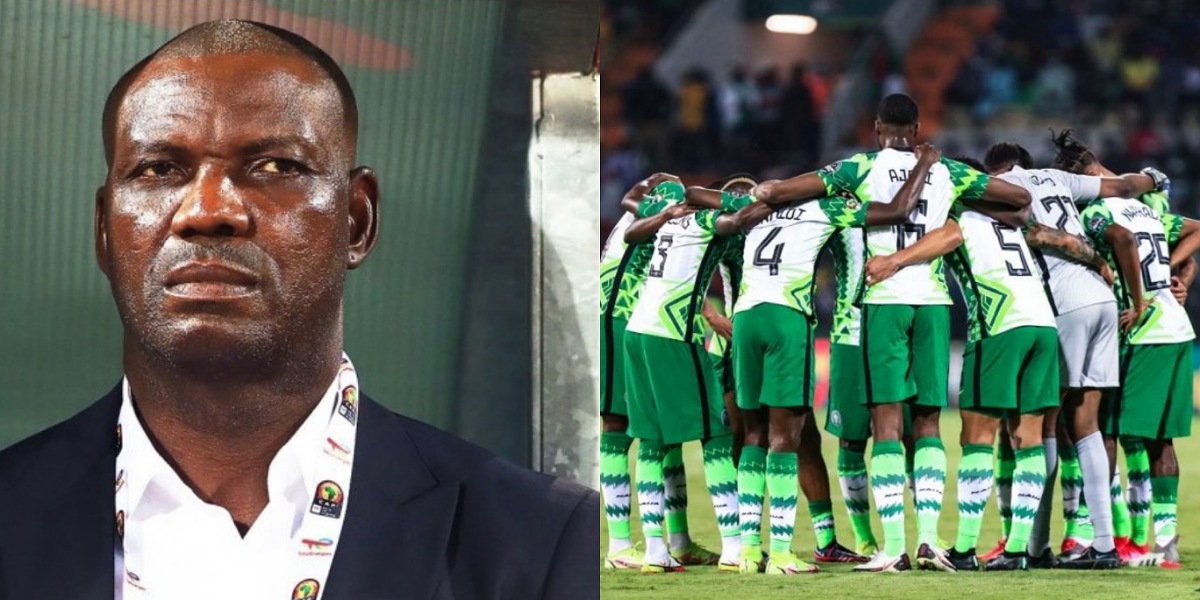 The NFF has said that interim coach of the Super Eagles , Augustine Eguavoen will only be entitled to earn match bonuses and not salary, as Nigeria progress to the knock out stages at the ongoing Africa Cup of Nations tournament in Cameroon.

Eguavoen was appointed on a short-term deal after the Nigeria Football Federation (NFF) dismissed former coach, Gernot Rohr in December.

“Super Eagles will return stronger to fight for our nation”…

Rohr was the country’s longest-serving manager after taking charge in August of 2016 but had his contract terminated after leading the Eagles to the 2022 World Cup qualifying play-offs and sealing a spot at the Nations Cup in Cameroon.

“Eguavoen is on the payroll of the NFF and he won’t be entitled to salary for the role he is playing as an interim coach of the team,”  President of the NFF, Amaju Pinnick stated on Arise TV.

“He will be entitled to the winning bonuses as the team progresses at the tournament,” he added.

Augustine Eguavoen won all 3 opening matches at the group stage of the ongoing AFCON, making him the first coach to do it twice in the history of Nigerian football.

“A hustling man needs a hustling girlfriend, not a patient one” – Nigerian man (Video)