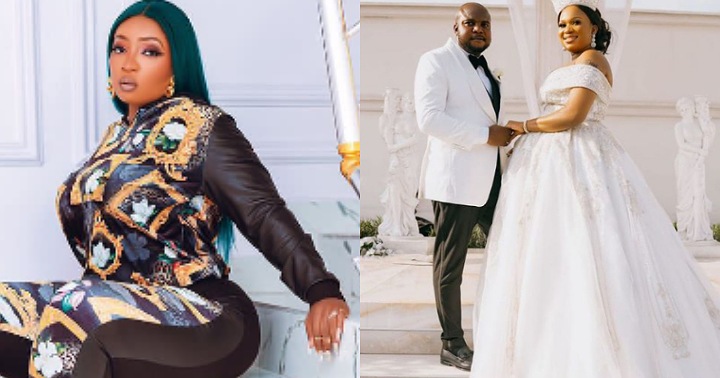 Recall, hours ago, Steve Thompson broke the news that his 5-months old marriage to Sandra has crashed, due to her excessive use of social media and incessant fights with people.

“Most female celebrities can’t be as submissive…

“I will not let anyone tarnish my good image. I married a wrong woman that knows how to fight. She is fighting everyone. She even lied that I gave her STD. I have been on my own for 4 years oooo. Now just 5 months wahala wants to kill me.

No man can marry this babe. She said she dealt with her ex via blog. That she will deal with me too. I moved her things myself immediately she left for the village. Her stuff is at my sister’s place in phase1. She did not move out. I moved her before her wahala kills me and told the estate gate not to let her in.”

Reacting to this, Anita Joseph aired out her pain as she stated that she doesn’t like the problem going on between the couple.

“I hate this. I’m sad aswear nooooooo”, she wrote.

“From the first day I saw you at the ATM, I knew you were the one” – BBNaija’s Omashola gushes over fiancée