“Arrest of De General, over small weed is a waste of taxpayers’ money” – Comedian, Basketmouth (Video) 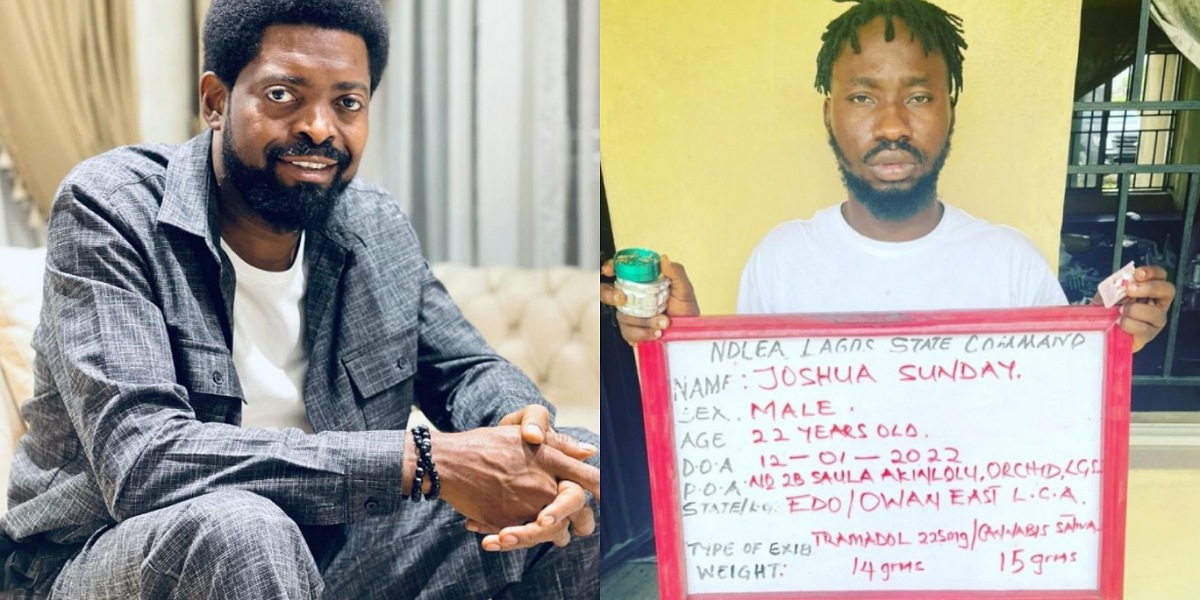 Recall that we reported, Officials of NDLEA stormed De General’s house in the early hours of Wednesday, January 12 to conduct a search and ended up arresting him.

The federal agency, in a statement released later that day, said that drug exhibits, including cannabis sativa, Tramadol 225mg, and 1.5 kilograms of cannabis sativa, were recovered from the Comedian’s house.

Reacting to this, Basketmouth, in a video he shared on social media, said arresting De General over what he called a small patch of weed is a waste of tax payers’ money.

According to him, there are bigger problems that need the government’s attention than embarrassing young boys. He, however, noted that he’s not in support of the use of drugs.

Caroline Danjuma speaks for first time about her divorce from ex-husband, Musa Danjuma