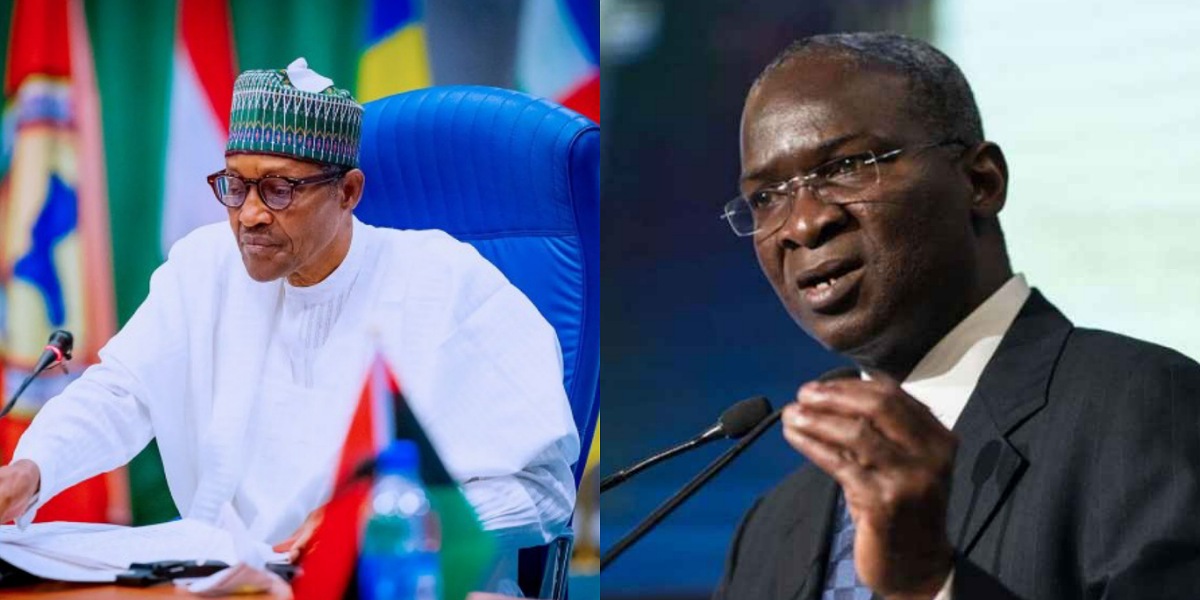 Federal Minister of Works and Housing, Babatunde Fashola, has stated that the Buhari administration has done more than the United States government in infrastructural development.

The former Lagos State governor made this known in his speech in Kano during the “APC conversation series” on Thursday, January 27, according to a report by PUNCH.

According to Babatunde Fashola, there are 850 ongoing projects under his ministry, including roads and bridges construction as well as houses in 34 states of the country.

“I can assure you that the present APC administration of President Buhari has achieved what even the US government is trying to do in terms of infrastructure.

As at December 2021, we have completed 941 kilometers of roads across all states and geopolitical zones.

In Kano state here for instance, there are 21 road projects either in, around or in the neighbouring communities.

Before APC administration, when last do you remember Federal Government completing 50 kilometer road in any part of the country?

So, this is the positive change we promised Nigerians in 2015 and it is already happening. They say we are the same with them, but we are not. They stole money and took it abroad, but we are taking this money back and investing it in the area of infrastructure.”