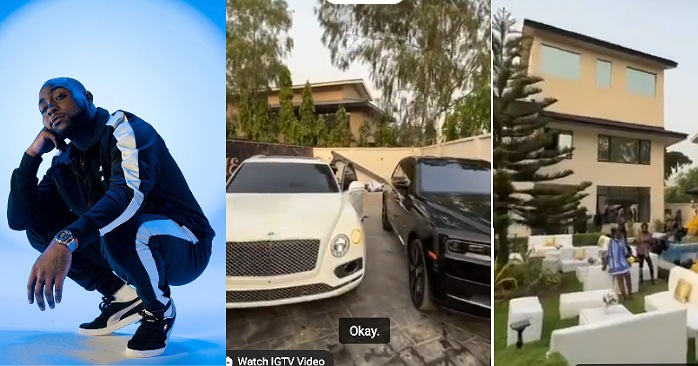 The ace singer disclosed this in a post which he shared via Instagram as he declared that the new year would be full of blessings.

Davido in a tweet which he shared on his Instastory wrote: “I open my new house today! 2022 all blessings. Amen!”

Davido’s announcement about the grand opening of his Banana Island home is coming barely a month after he gifted himself a brand new Lamborghini Aventador as a Christmas gift.

In a video making the rounds on social media, a part of the banana island mansion could be seen as family and friends gathered together to celebrate with the singer as he launches his new home.

“Why did I sister-zone you?” – BBNaija star, Sammie expresses regret, after seeing Maria’s stunning photos