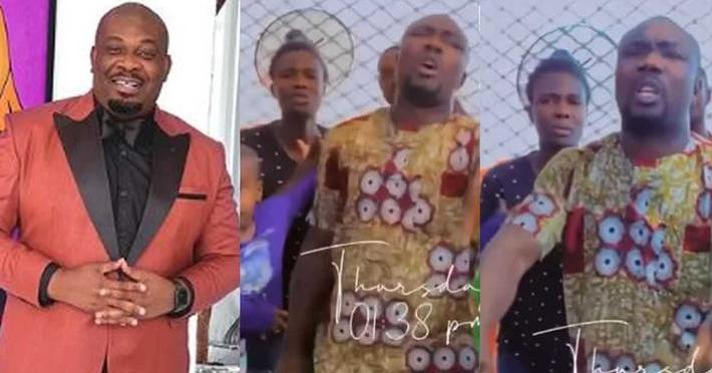 According to a report making the rounds on social media, the taxi driver’s faulty vehicle caught fire and burnt to ashes which left him totally devastated.

Man narrates how he forgave girlfriend who set him on fire…

The owner of the vehicle later arrested the driver while demanding a sum of N570k for the car.

A social media user shared the story on Instagram where she pleaded for contributions from her followers. Fortunately, the music mogul saw the news and paid the whole N570k on his own.

Reacting to this, Nigerians showered praises on Don Jazzy as they recounted the times he also helped others in the past.

“Otedola with the money, Uche with the bra” – Uche Maduagwu says, brags over being most talked about movie star