“Even the Gods want to chill with the big boys” – Reactions as masquerades storm nightclub, gives dance moves (Video) 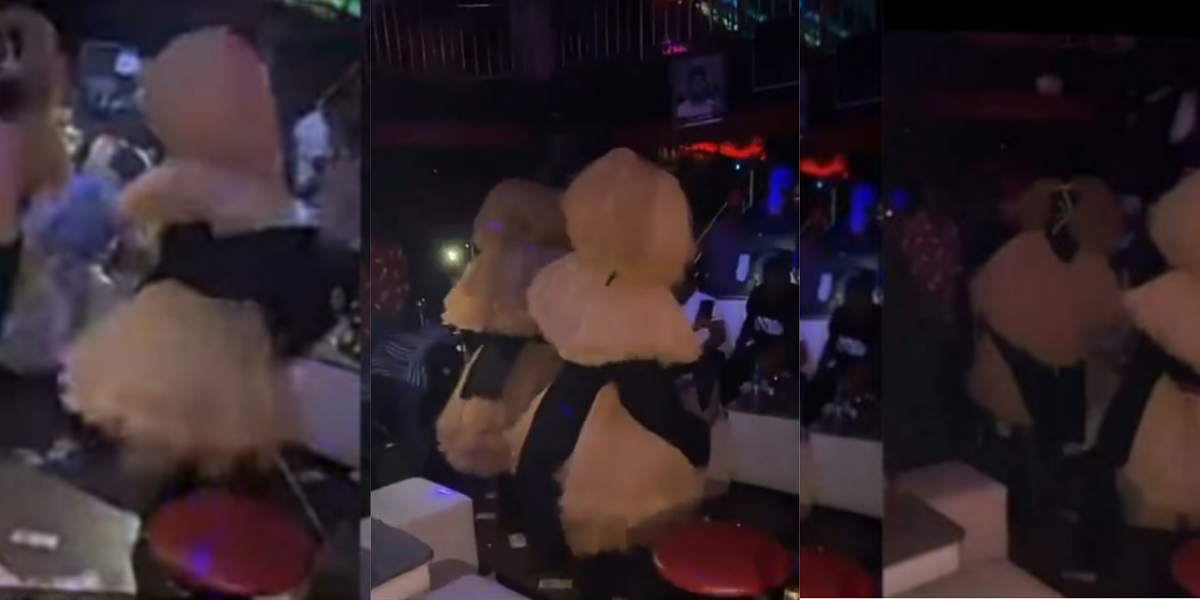 A trending video making the rounds online shows the moment two masquerades were spotted chilling with “the big boys” at a nightclub.

In the video footage, the two masquerades were seen dancing with so much energy to the beats from the disc jockey; a display that has left many people still in shock.

The masquerades undoubtedly thrilled the fun-seekers by their performance in the nightclub which triggered some persons to rain countless naira notes on them, as people watched on.

However, Nigerians are still in awe over the display of the masquerades who on a normal, are mostly concerned with cultural activities, but in this case, it’s a different scenario as they turned out to be nightlife dancers.