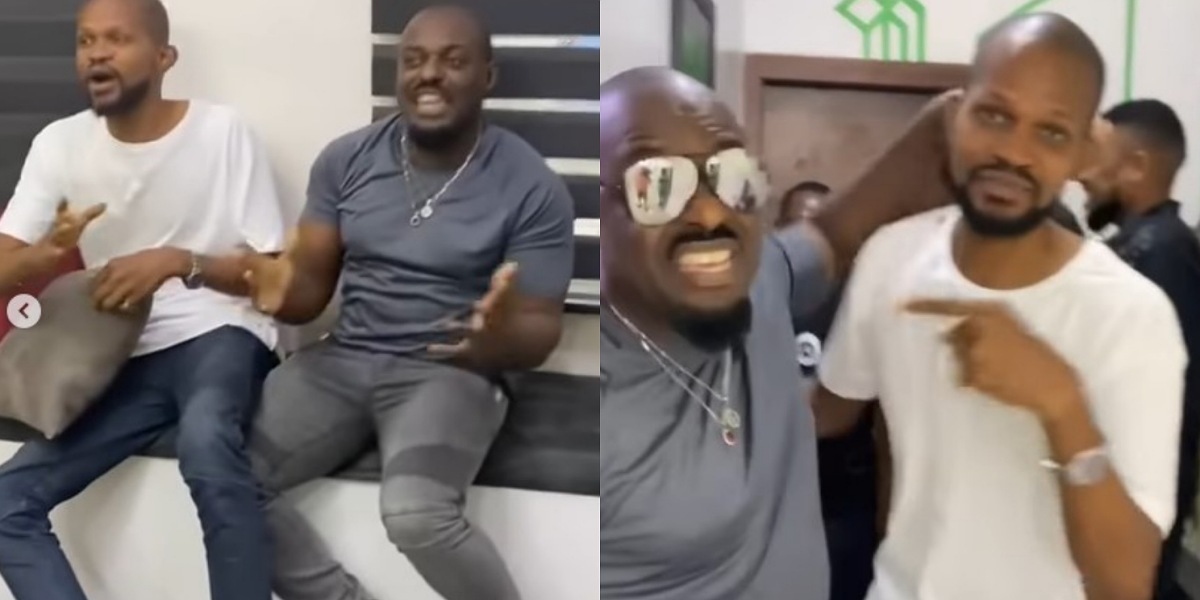 A never seen before footage showing the moment both actors burst into laughter, has surfaced online not long after Jim Iyke, admitted that his viral “fight” with colleague, Uche Maduagwu, some months back was a publicity stunt.

Recall that in August of 2021, Jim Iyke supposedly tracked Uche down to his residence and physically confronted him for questioning the source of his wealth and labelling him a ‘ritualist’.

However, lately after Jim Iyke revealed that the fight was orchestrated for publicity and Uche Maduagwu was paid handsomely for it, a video of the follow up moment of their staged fight has been shared online.

In the video, both actors are seen laughing at the stunt they just pulled with Jim Iyke later coming out to reveal that what they’d just done was a skit and people shouldn’t be quick to believe what they see on social media.

He could be heard saying;