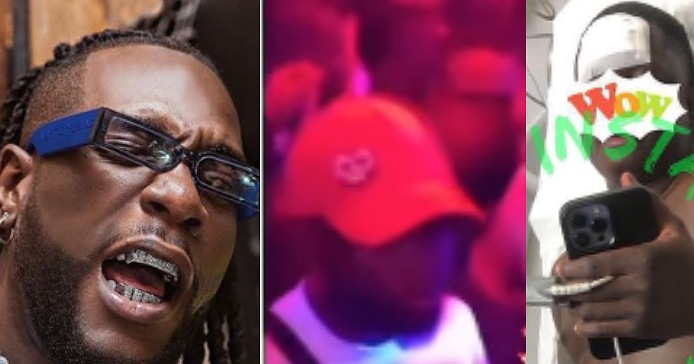 Nigerian artiste and Grammy winner, Burna Boy and his gang has been called out for allegedly brutalizing a fan at a club in Lagos.

According to someone who claims to be an eye witness, Burna Boy and his gang allegedly broke a glass up on the fans head.

“This guy was on his own having fun in the club when Burna Boy and his gang broke glass cup on his head. He is currently fighting for his life at the hospital.

I want to report something to you. Burna Boy and his gang broke someone’s head at club DNA in Lekki last night. They beat him up to a pulp last night. At least this is no shatta wale so why this. This is scary”.

“Don’t put me in any class list, I am a class of my own” – Shan George warns colleagues