I am now enjoying life – Hawker who gave money to prisoners in a van, says after receiving donations 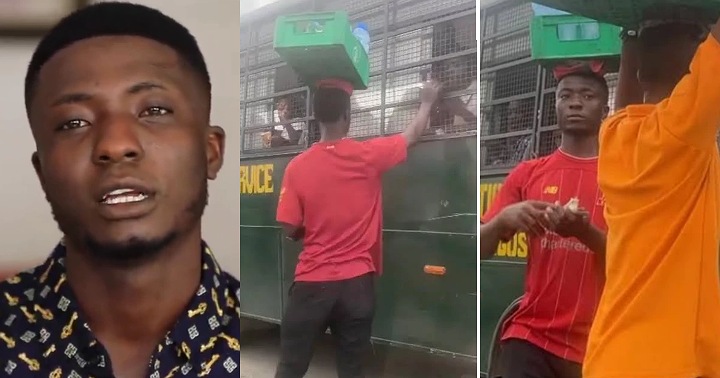 A hawker identified as Ekuma Jeremiah has expressed his gratitude after receiving massive donations over his kind gesture to prisoners.

Ekuma Jeremiah Iziogo captured the attention of Nigerians after a heartwarming video of him giving money to people in a prison van surfaced the internet.

Billionaire entrepreneur and socialite, Obi Cubana also stated that he is ready to give Ekuma scholarship to the university, and that if he wants to go for his Master’s degree abroad after that, he will sponsor it.

He said that after his education, he will give him a top position in any of his organizations.

In a recent interview with BBC News Pidgin, Ekuma revealed that his life has changed since that video went viral. He said that life is sweet, as he is now enjoying the good things of life.

Speaking further, he added that he has money in his bank account, he eats what he likes and wakes up anytime he likes.