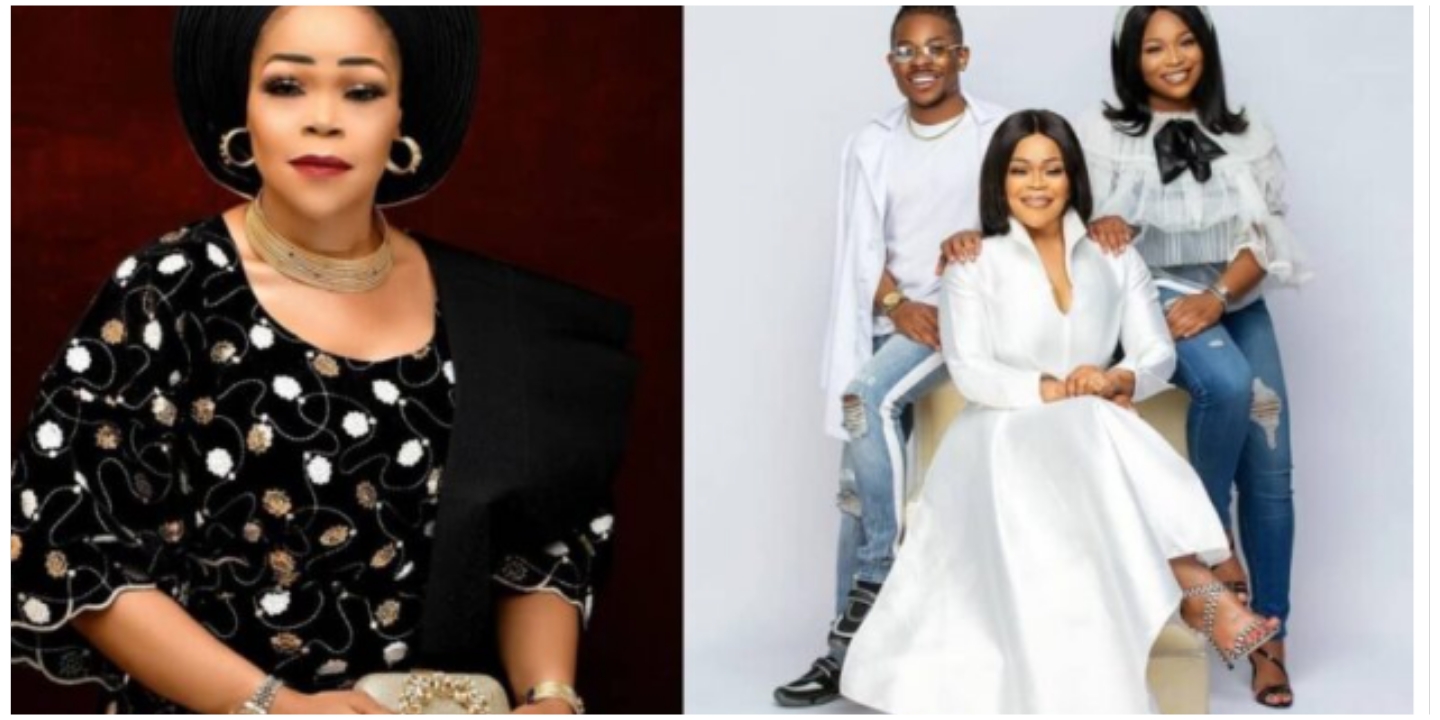 Veteran actress, Shaffy Bello, has spoken about her failed marriage. She stated that she doesn’t regret sacrificing her marriage for her acting career.

Shaffy during an interview with OAP Chude Jideonwo stated that she sacrificed her marriage for her career.

While speaking she revealed that she left her husband and children behind in America in search of greener pastures in the Nigerian movie industry.

“I came back to Nigeria to spread my wings, I felt like I was pregnant and couldn’t have a child…like my wings were sort of closed in, like i was boxed in”.

“I needed more, my soul needed more, I was yearning for more. I didn’t know the price that will come with it but I had to make the sacrifice…I paid the price of not having a connection with my children then. My daughter was 13, my son was 11…I was an hands on mother before I left them. At a point I even quit my job to raise my kids…I sacrificed a lot for them to be nurtured…only to now leave them in their early teenage years with their father…and then again, their dad is out there making a living and i am here in Nigeria making a living….so they missed the joint parental touch but that is about that”.

The talented actress stated that she and her ex-husband eventually divorced 5 years ago when she clocked 45 years old.

“I left my husband, because he allowed me….….we divorced 5 years ago when I was 45 and that was a huge sacrifice, he is a good man and father to the children….the distance affected us, long distance relationship was difficult…but I knew I wanted this, if I go back, it will be too much of a sacrifice, I wouldn’t be myself and at some point i will resent him so I had to focus on what I wanted.”

When asked about societal judgement over the decision she took, she stated that she judged herself. She however said that she doesn’t care about what people but she only care about her children.

“I judged myself…but I thank God he did it for me this way, because it is better for me. I built my marriage, we had kids, I nurtured them and then I progressed for my career. I suffered the judgement for so long of choosing career over family but I didn’t tell anyone.

“You see, I don’t care much what people say about me, but I care more about my children and close knit family…when it happened I didn’t have to explain much to my family, my pastor, they saw me, they saw the light in my eyes…and agreed”.

“My children come here often on vacation. One day my daughter said to me, I am glad you made the decision you made, it has taught me as a woman to be a goal getter and go for what you want….I was happy when she said that”.

While advising young mothers and ladies she said,

“As a woman, there is time for everything…..marriage, children….and there is more to being a mum and wife….If your children are still young especially when they are babies, you need to nurture them, give them a good foundation because they didn’t ask to come to world but you brought them…..so give them that nurturing and then face career and self after they are groomed. Some have it all but don’t you dare forget your dreams and yourself in process.”

When asked about her interest in marriage, she stated she is still available for marriage.

“Yes, i will. I am a one Man woman….I love marriage…..and marriage at this age for me is gonna be sweet, no babies to nurture …just enjoyment, take me travelling, vacation, and if you are gonna marry, you have to double up…and if it doesn’t happen, Shaffy is alright.”