I only need you to have children – Maraji drags hubby, one month after wedding (Video) 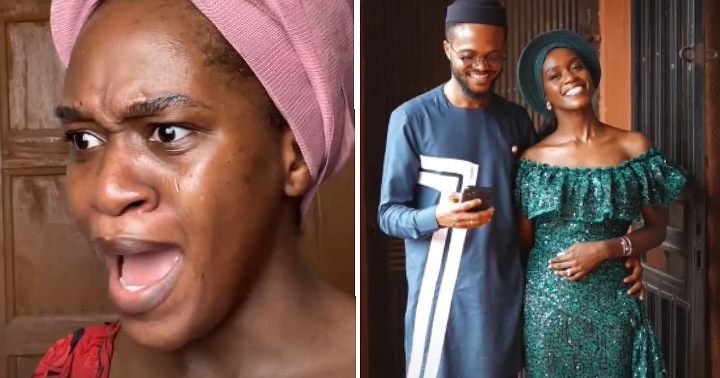 Nigerian comedienne, Gloria Olorunto, popularly known as Maraji has been the topic of discussion after calling out her husband.

Narrating her recent experience with husband of one month, Maraji jokingly stated that she only needs him for childbearing and not for anything else.

Backing her point, Maraji narrated how her hubby bought cow skin (Kpomo) for her to prepare Okro soup and dumped it in the kitchen without putting it in the refrigerator for preservation.

Maraji stated that this happened in the morning and after shooting her videos, she came to prepare the soup only to find the Kpomo he bought since morning in the kitchen.

She revealed that after she asked him about it, he looked dumbfounded while saying he never knew he was supposed to put it in the fridge.

“Deal with it or unfollow” – Dancer, Kaffy tells people dragging her over giving marriage advice when hers failed

“Enough of these old heads running the country into the ground” – Rapper, YCee says, asks Nigerians to get their PVC