“I’ll break your head, where’s my car?” – Portable accuses promoter, Kogbagidi, of ripping him off (Video) 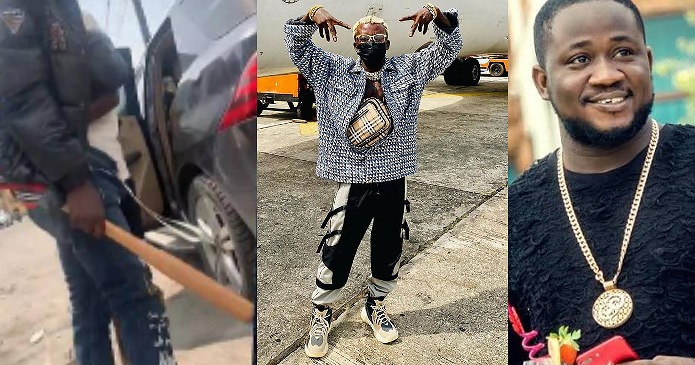 Up and coming singer, Portable, has accused his promoter, Kogbagidi, of using scandalous means to take his money.

Portable in a video making rounds on social media, pulled a baseball bat on the promoter while demanding for his money and car.

The singer threatened to hit Kogbagidi with the bat, while narrating how he has not been fair with the money made from shows.

Kogbagidi and a few others try to calm the Zazoo Zeh crooner down, but he kept on raging.

This is coming days after Portable dragged popular dancer, Pocolee for allegedly trying to claim ownership of his song and taking the proceeds.

Portable had also claimed that Pocolee colonized the money which Wizkid sprayed on him during his concert.