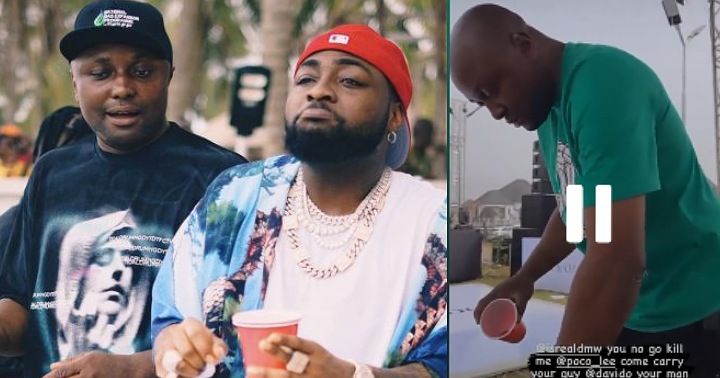 Davido’s aide, Isreal DMW has called on a certain ‘god’ to strike him dead if he fails to take a bullet for the singer.

According to the controversial aide, he can do anything for his boss, even if it involves his life.

In a video making rounds online, Israel was spotted calling on the ‘god’ to strike him down if he ever fails to take a bullet for the DMW boss.

Israel, was holding a red cup, poured some of the content on the floor and made the request.

Calling on the god, he said,

@charllyderossi,
“Una sure say this isreal nor dey take hard drugs so?😂😂😂😂😂”.

@chrisz090,
“😂😂 people will treat u better wen u have money don’t see dat as love. Nigga is fighting for his pocket”.

Pastor David Ibiyeomie drags yahoo boys, says they will have accident with the cars they scam people to buy (Video)