I’ve not had s3x for more than a year now — Actress, Kemi Afolabi laments 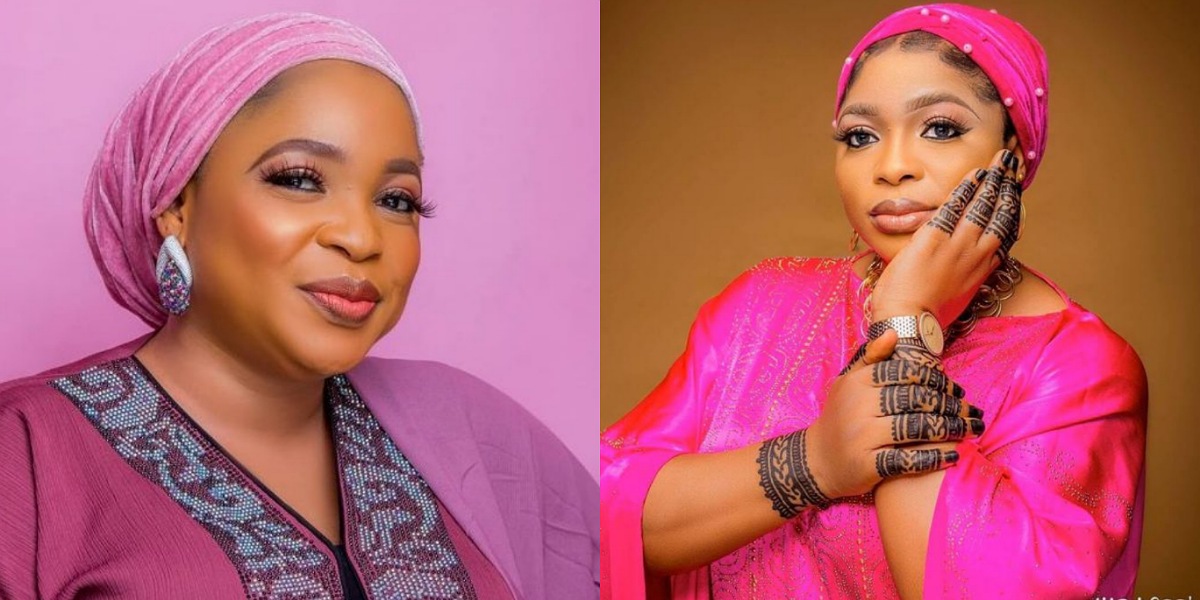 Nollywood actress and producer, Kemi Afolabi has taken to social mediat to lament that she has not had intercourse for more than a year now.

The light-skinned actress made this revelation on social media recently; while reacting to a video fact, that having sex 21 times in a month reduces one’s risk of having a heart attack. 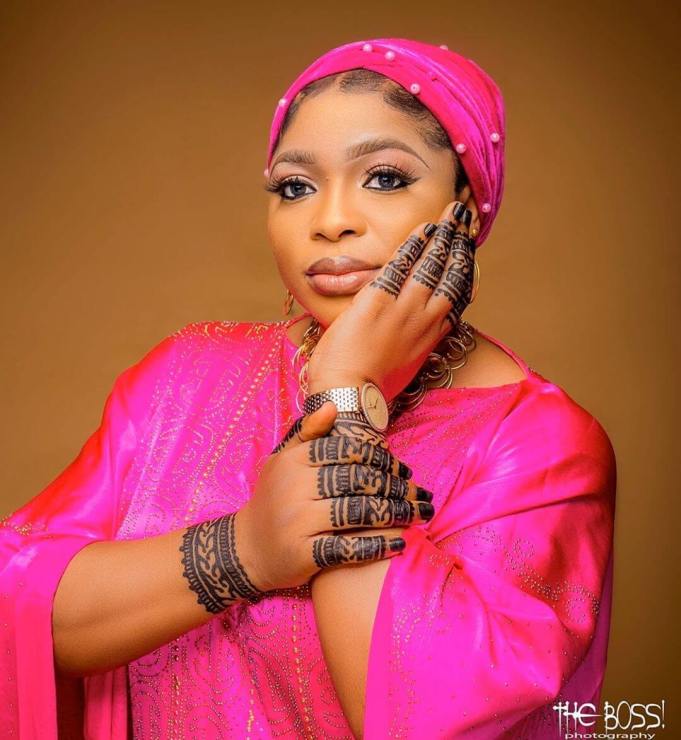 “I have never laughed this hard in a long time” –…

I can do ‘hookup’ for a high price – Nollywood actress,…

According to the 43-year-old movie star who disclosed that she has not been actively having any intercourse for more than a year, she needs God to save her because she doesn’t want to die of a heart attack.

“Haa God pls save me o. I have been on sex break for more than a year sha.

hmmmnnn who will help me bayii ? As I no get partner.

I will not die of heart attack insha Allah.Amin. 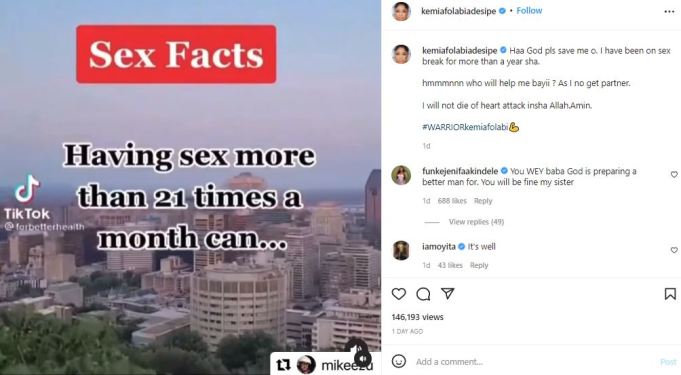