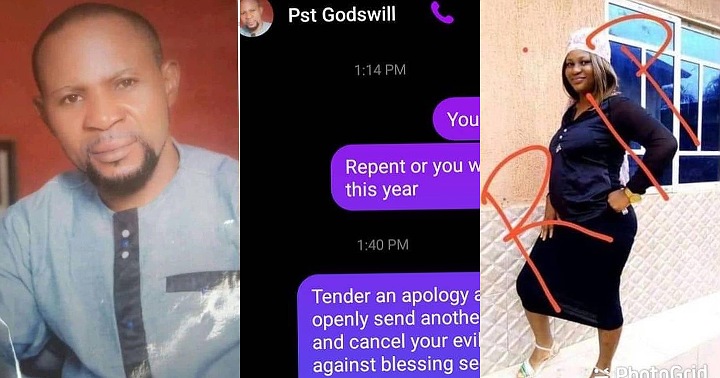 A lady identified as Blessing Sequency has called out an ‘evil’ pastor who announced her death on Facebook while she is still alive.

According to Blessing, the pastor carried out such an evil act after she turned down his advances.

Blessing claimed that the pastor had expressed his interest in getting into a relationship with her, a request which she allegedly turned down.

However, after turning down his request, she stumbled on a post he shared on Facebook, announcing her death.

“Please friends ignore this. I am not dead. This stupid pastor posted this on Facebook this morning saying that I’m dead because I refused to date him. God will destroy him, envy and jealousy everywhere”.