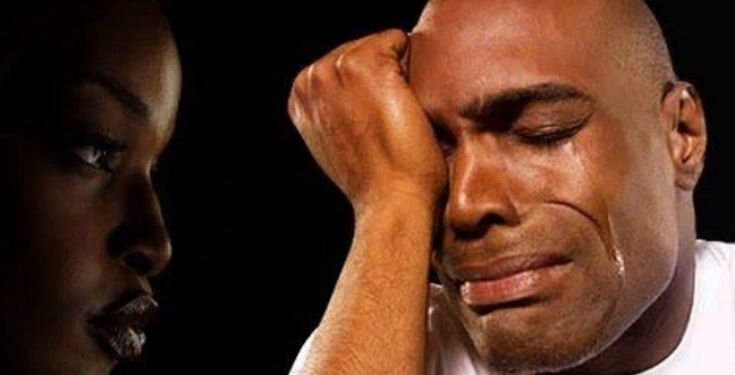 A lady identified as Tess has narrated how a girl beat her friend to his game, after he planned to use and dump her.

According to Tess, her friend had planned to sleep with the girl and do away with her.

However, the lady invited him to her house for dinner, fed him, slept with him and then blocked him on all social media platforms.

Businesswoman dumps boyfriend, sends him out of her house…

BBNaija S7: “Na now game start, all man for himself”…

“My friend wanted to chop a girl clean mouth, girl was on to his game, invited him over for dinner fed him and fucked him silly then blocked him everywhere.

He’s still in disbelief.😭😌🤣😂🤣😩
Mehn I’ve been making fun of him since, oga no fit concentrate for work.” 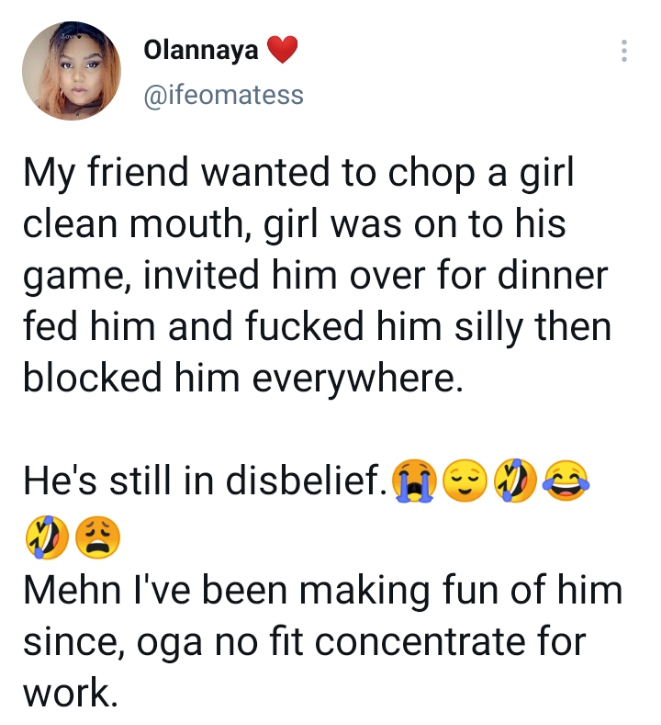