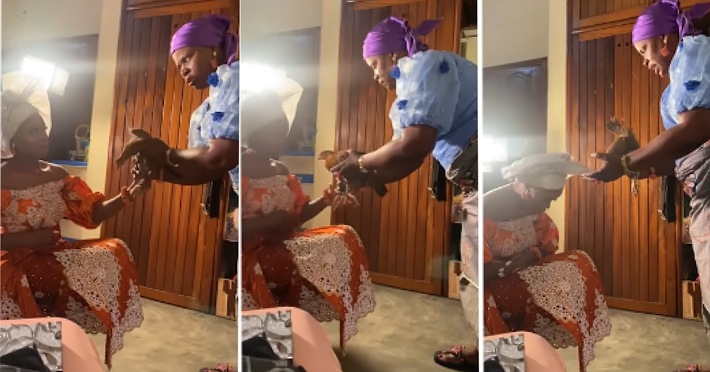 A Nigerian lady identified as Sandra Essor has shared a video of her mother’s reaction after she expressed fear during her traditional wedding.

According to Sandra, her mother gave her a live chicken during her traditional marriage, and she was scared to take it from her. 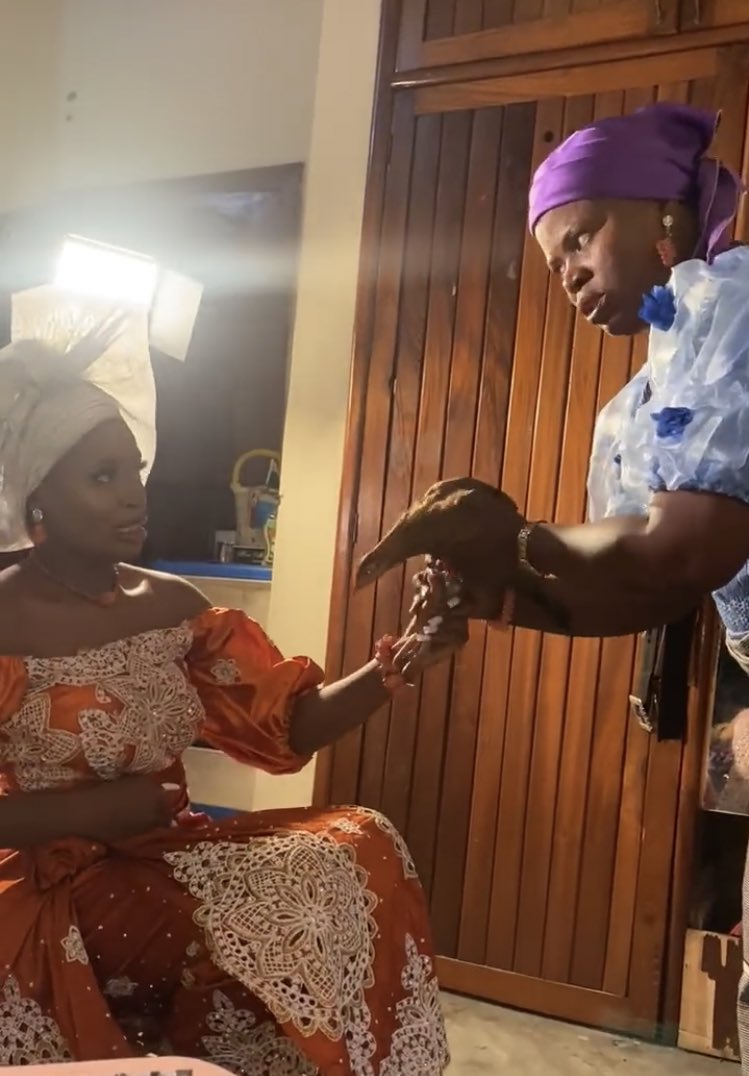 Watch moment Mercy Chinwo laments not being allowed to wear…

Drama as Islamic musician and wedding DJ ruin a…

However, her mother quickly gave her a Stern look which forced her to collect the live chicken from her immediately.

“See the eye my mother gave me on my traditional marriage day when I was too afraid to hold the live chicken that was given to me 😂😭”.

Reacting to this, Valour_chigbo wrote:
“Mother’s eyes are always epic when you try to disobey them”.