Mercy Aigbe’s ex husband, Lanre Gentry opens up on the real father of their son, Juwon 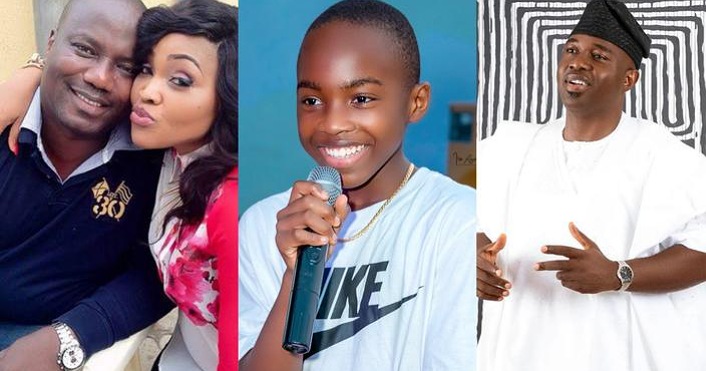 Hours ago, Mercy Aigbe showed off her new husband via Instagram and Nigerians questioned the paternity of her son, Juwon, due to the uncanny likeness between him and Mercy Aigbe’s new spouse.

They pointed out the alleged striking resemblance between and her current spouse and demanded that her ex-husband Lanre perform a paternity test to determine whether the boy is his or not.

They added that the striking resemblance between the duo is enough evidence of her infidelity.

However, in response to these suspicions, Lanre claimed that the boy is 100 percent his son and that there is nothing on earth that can take him away from his child as he loves him dearly.