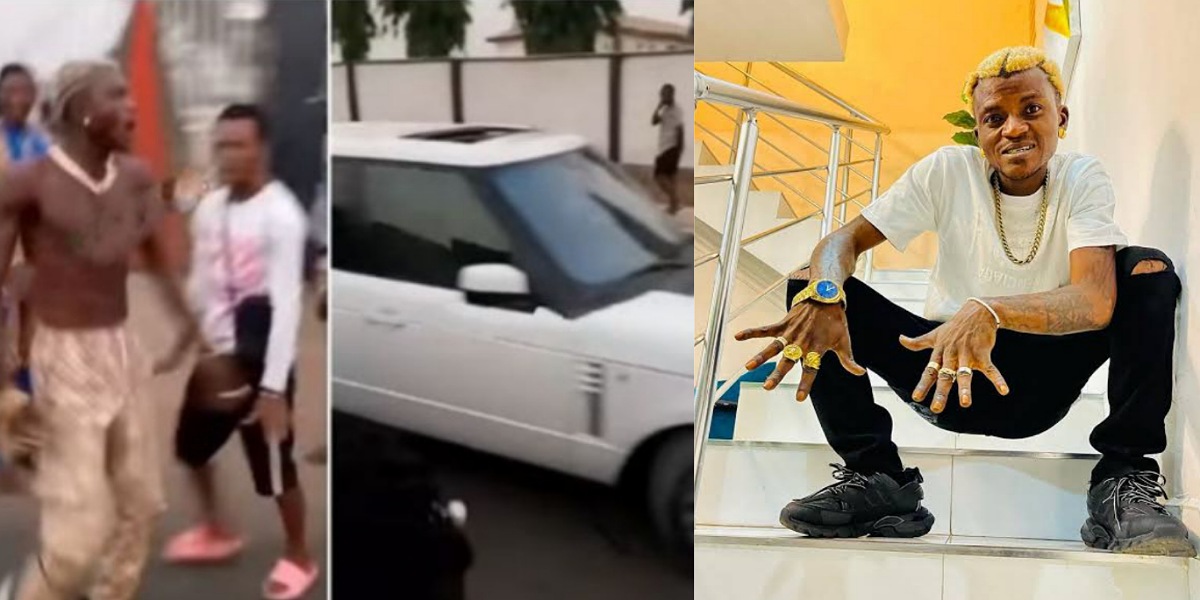 A video making the rounds on social media shows the moment fast-rising singer Portable, engaged in a street fight in Ogun state recently.

It was gathered that the fight happened in the Sango Ota area of Ogun state, hours after Portable was heard attacking his promoter and manager, Kogbagidi for allegedly taking his car.

“I’ll break your head, where’s my…

In the latest video, Portable was seen venting and creating a scene in public during the confrontation. His Range Rover windscreen was broken, and he even condemned his escorts car after which area boys took his crown.

Some of the singer’s security people had to force him into the car and they drove off to prevent the situation from escalating more that it already has.

“I sacrificed my sense for love” – Reality star, Vee opens up