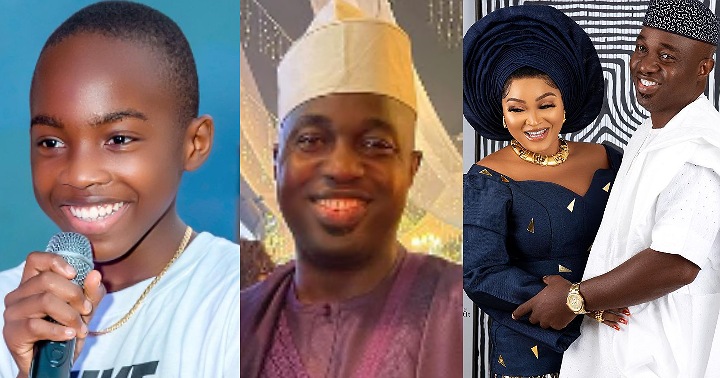 Nigerians have advised Mercy Aigbe‘s ex husband, Lanre Gentry to do a paternity test for his son with Mercy Aigbe, Juwon.

This is coming shortly after Nigerians pointed out the alleged striking resemblance between the new husband of Mercy Aigbe and her ex-husband’s son, Juwon.

Mercy is an ashew0, she’s nothing to me – First…

Hours ago, news broke out of the actress’ secret marriage to her married lover, Adekaz, the CEO of IbakaTV.

Nigerians however, insinuated that Lanre Gentry‘s son, Juwon, has a striking resemblance with Adekaz as many advocates for a DNA check.

kaylaaccessories wrote:
“Dis is Juwon father jare if u know u know”.

rita_of_grace wrote:
“@kaylaaccessories I think so too. The resemblance is strong”

“I started ashewo work in secondary school, I don’t know who…

Why would you wish for me to go back to prison? – Kemi Olunloyo goes…

“Still celebrating you my king” – Mercy Aigbe gushes over her married lover, amid backlash from Nigerians