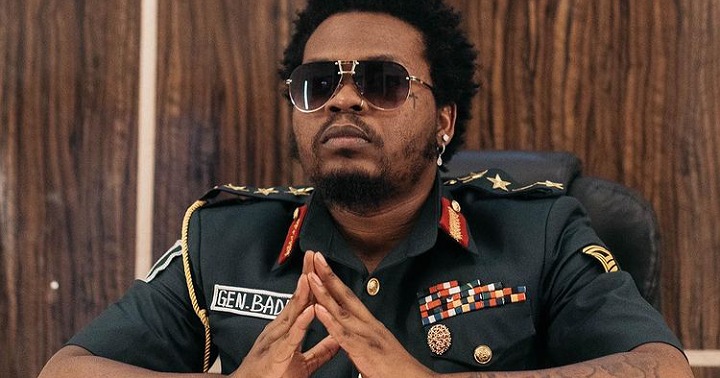 Award-winning rapper and song writer, Olamide Adedeji, popularly as Olamide, has been dragged by fans over his response to a fan who asked for a car.

The fan had taken to Instagram to appeal to the ace singer to give him a car to start bolt business.

Police woman cries out for help as errant motorist allegedly…

Commenting under the YBNL boss’s post, the fan asked the rapper for some money to start a business.

Reacting to this, the rapper asked the fan if he had given him any money to keep for him. He concluded the post by making a remark which netizens perceive to be a jibe at the fan’s mum.

Wale Adebayo @RealWaleAde wrote;
” I kn you love Olamide. Trust me, | love him too wholeheartedly. But on this one, he’s wrong. | get it, he might not be in the mood, he’s human, but Olamide gat apologize to the young man. A spade is a spade. The dude did nothing wrong asking for help. Badoo, calm down apologize.”

iambasunma wrote:
“As yoruba will say person wey get mama for house no go abuse another person mama for outside…i don’t blame him saaa…i blame u all that praise them..celeb my foot..”

Daniel Regha wrote;
“Olamide, ur fan Oluwaseun only requested u assist him in purchasing a car so he can become a taxi driver & hustle for his daily bread; He didn’t impose. U are arguably rich, if u can help him kindly oblige but don’t make a mockery of him cos it takes guts for one to ask for help.”