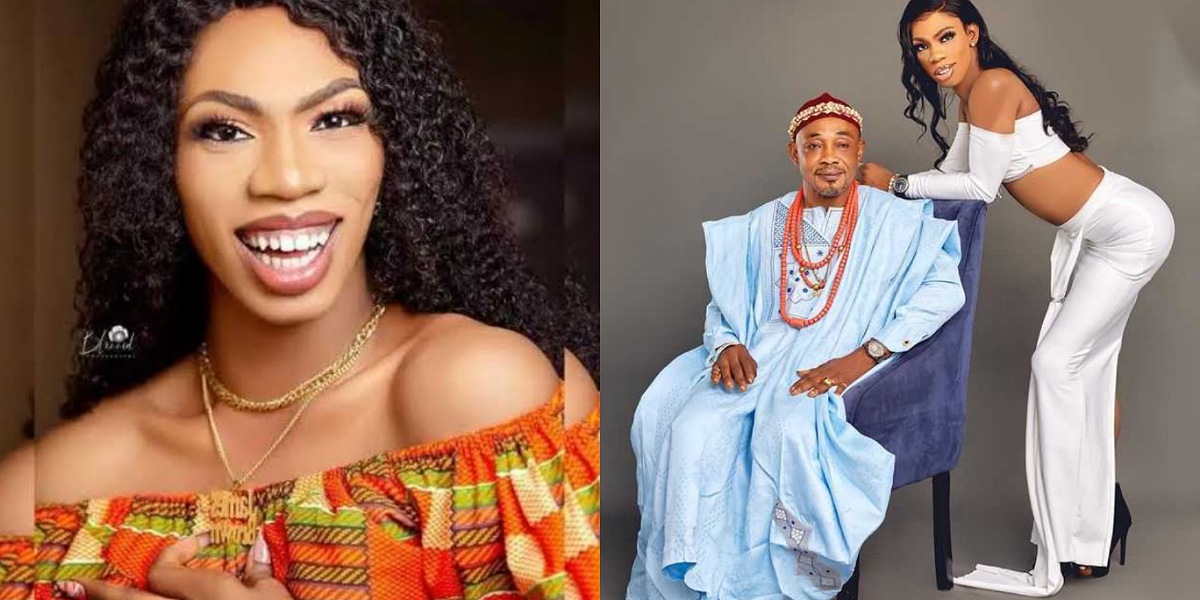 Popular crossdresser, James Brown has reacted after his father was dragged over his birthday photos with him.

Recall that James Brown took to his Instagram page to share photos of himself and his dad on the occasion of his birthday.

“It was only for entertainment” – James…

But reacting to the photos, Netizens dragged James Brown’s father as they tackled him for accepting his son as a crossdresser with many people attributing it to a lack of education.

However, in a new video shared on social media, James Brown explained that his parents’ divorce affected his life, but his dad accepted him regardless because he is actually educated and a civilized man.

“Now my dad is a medical doctor. Yes. So divorce happened. Affect my life and so on. I can’t kill myself. You get? You guys should not sit down and judge other parent. Your parents doesn’t love you or accept you doesn’t mean other parents don’t love their children.”

“They slept with my wife when I was broke, I’ll use money to sleep with people’s wives now” – Singer, Portable (Video)