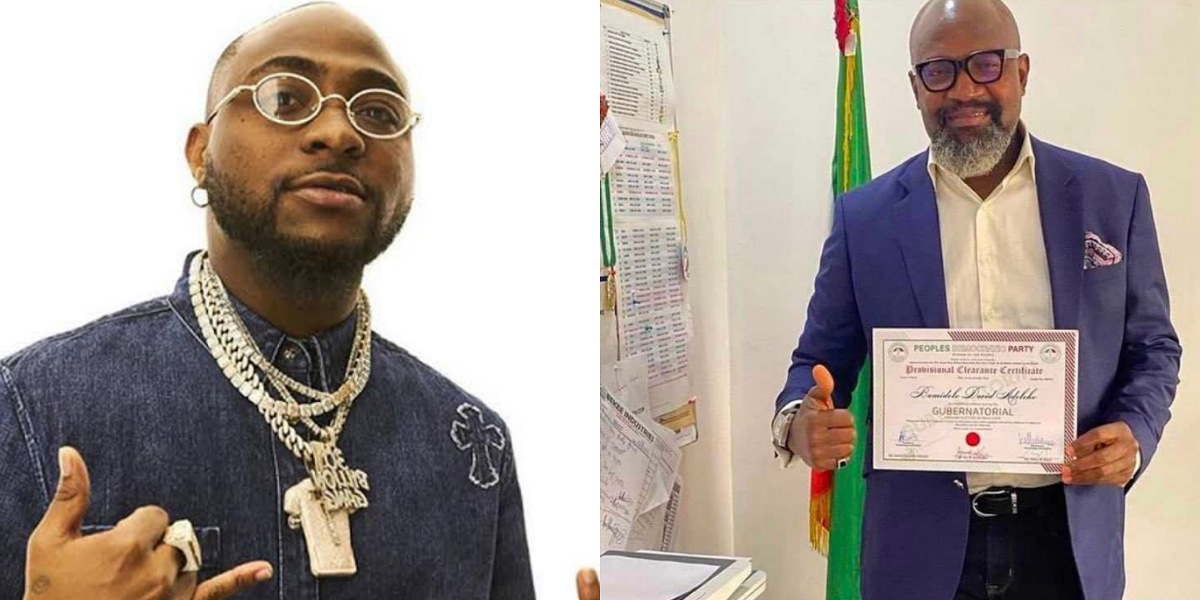 Popular singer, Davido has recently dragged his cousin, Dele Adeleke over his aspiration to become the next governor of Osun state.

The 29-year-old song-writer had posted a photo of his cousin, Dele, carrying a provisional clearance certificate from the Peoples Democratic Party on his Twitter page.

According to Davido, his cousin Dele Adeleke, had really struggled academically while in school, while finally graduating with a Second Class (Lower Division) “2:2” from the University.

He also added that his cousin is ‘forming’ an intellectual and has never built anything on his own in his life.

“Wonderful! Me I finished uni with a 2:1. But it’s now cousin dele who struggled to even get a 2:2 that is now forming “intellectual”. Intellectual that has not succeeded in building one single thing in his life on his own. This life ehn! Osun beware of FAKES!”