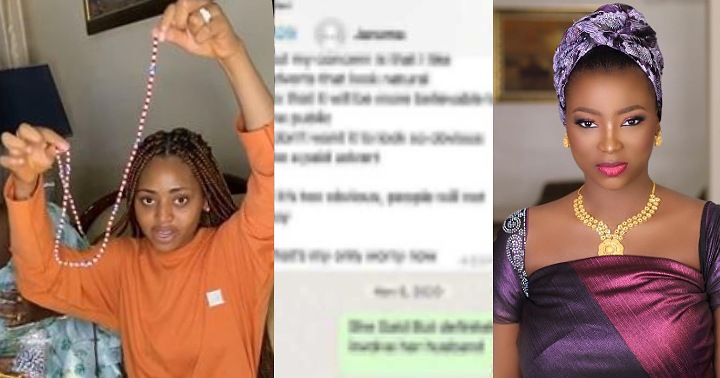 The mother of one stated that she decided to leak the chats, following accusations of neglecting her job after receiving millions of Naira from Jaruma for a kayanmata deal.

Recall, weeks ago, the drama between Regina Daniels and Jaruma kick-started after Jaruma claimed her kayanmata made Ned Nwoko send away his morrocan wife, Laila.

Jaruma also made some other posts insisting that Regina has control over her husband, Ned Nwoko because she uses kayanmata.

Addressing the rumours however, Regina Daniels leaked her chats with Jaruma as she stated that she couldn’t make posts about the kayanmata because she perceived the contents as deceitful.

In the screenshots, Jaruma told Regina Daniels that she wants the advert to look natural and not like a paid advertisement.