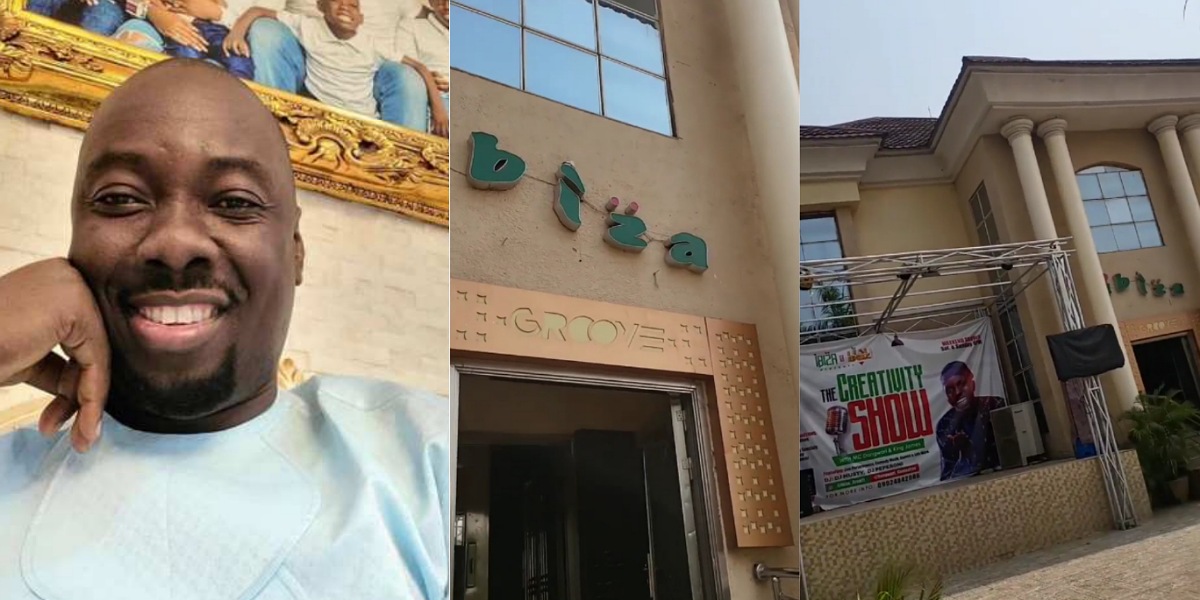 Nigerian businessman, Obi Cubana, has showed off his first-ever nightclub, amid reports he was invited for questioning by the National Drug Law Enforcement Agency (NDLEA).

Earlier, it was reported that Obi Cubana on Thursday, visited the headquarters of the NDLEA and spent about four hours there.

According to Vanguard, the serial night-life entreprenuer arrived the NDLEA headquarters at about 9am, based on invitation over some foreign transactions involving payments and transfer of huge monies that needed clarifications; but was allowed to go home at about 1.30pm.

However, taking to his Instagram page to share a video of his club which was established in 2006, Obi Cubana noted that the video was to show what he does for a living.

“The first EVER club we built; ibiza……Established 13th October 2006! 16yrs and still standing tall! If you never come here that year for abuja, you never start!!🤣🥂 @ibizaclub_abuja @jaywonjuwonlo ……this year! Showcasing what we do for a living!”

“Saying hello is demonic, if you remove ‘O’ from hello you get hell” – Mummy G.O (Video)