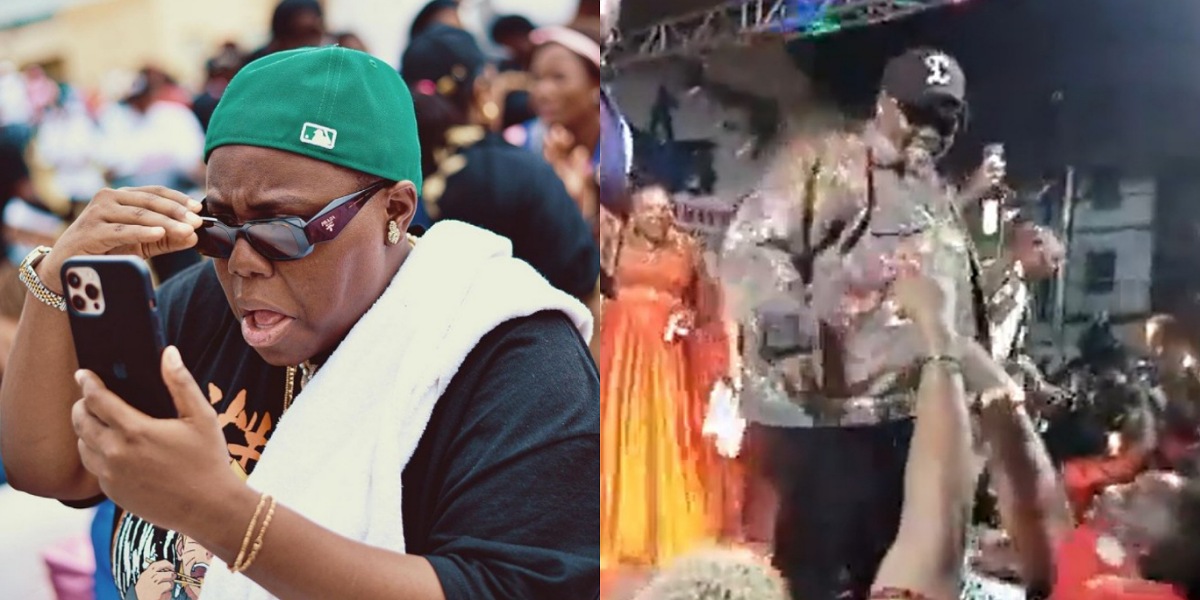 Nigerian singer, Teni was almost allegedly kidnapped while performing on stage in a concert held in Rivers State, according to reports by several eyewitness and a trending video of the show.

Teni was captured on camera when the incident happened during her performance and it was shared online, leaving many disturbed about her safety.

Economic hardship hits singer, Teni as she puts her dog up…

The singer was a guest artiste at a show in Buguma, Rivers State and moments into her performance, what is alleged to be an attempt to kidnap her was foiled thanks to her security detail.

Eyewitnesses who were present at the event narrated that the singer’s security fired a round of gunshots as people scampered for safety.

In a video clip that captured the scary moment, Teni is seen performing to cheering fans before seconds later, things took a different turn and gunshots could be heard.