“They slept with my wife when I was broke, I’ll use money to sleep with people’s wives now” – Singer, Portable (Video) 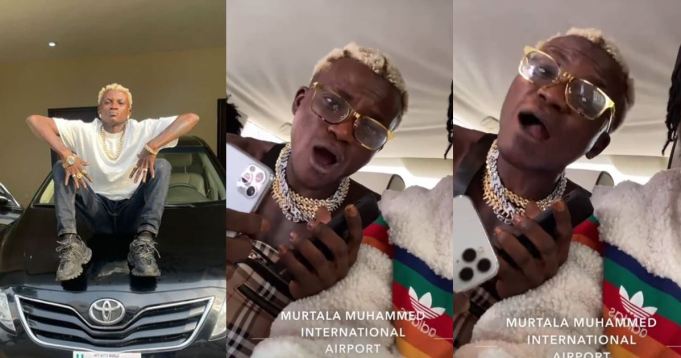 Fast-rising Nigerian singer, Portable has declared that he intends to sleep with people’s wives, following his newly attained fame and money.

The singer, in a video clip which has not gone viral, narrated how a man slept with his own wife due to how rich and affluent he was.

Now, Portable who has attained stardom and also got the money he didn’t have before, has stated that he’s out to get his revenge — publicly threatening to sleep with people’s wives.

Portable who spoke in Yoruba, literally said in the video clip (and we quote in English);