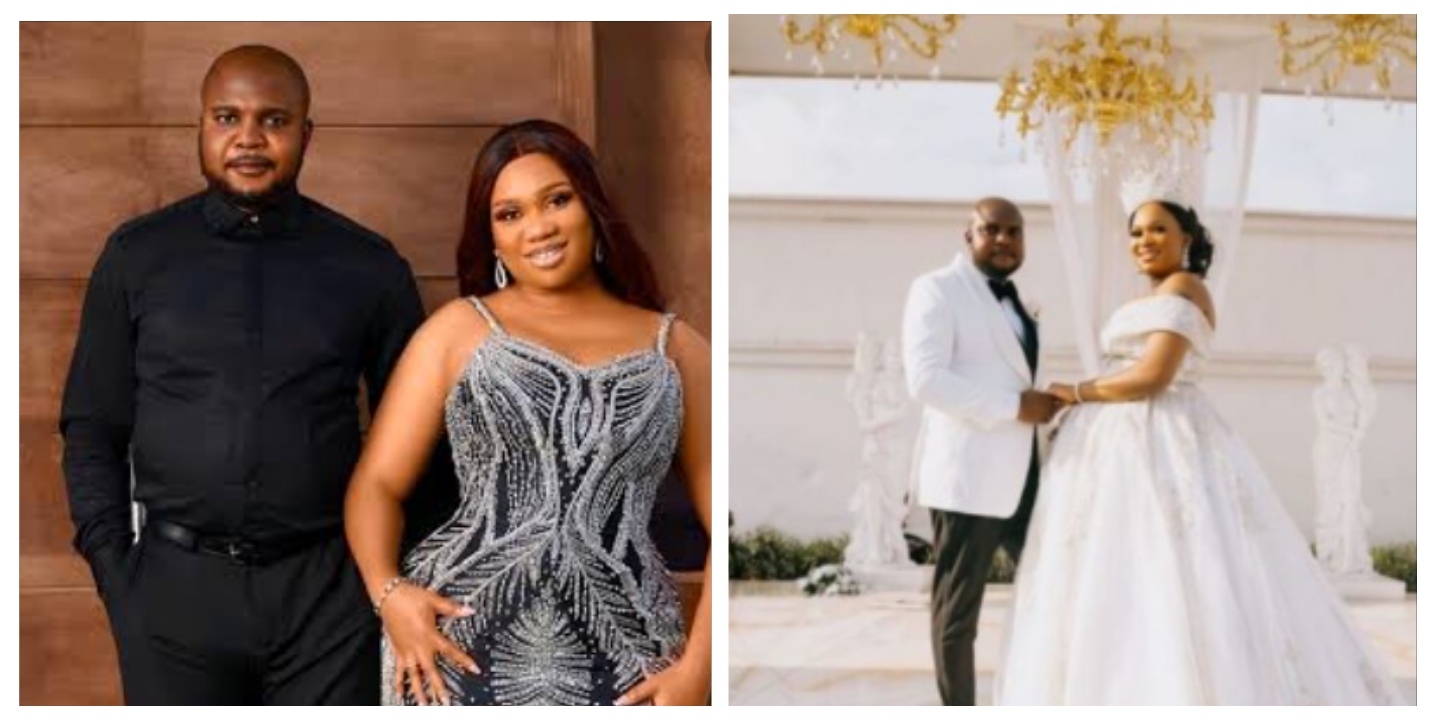 Theinfong earlier reported that Sandra Iheuwa was thrown out of her husband’s house following clash between her and her husband, Steve Thompson.

Sandra Iheuwa removed her husband’s name, ‘Thompson’  and “married to a boss” from her bio on Instagram. Steve also changed his bio as he removed “husband and father” from his bio on social media.

Steve took to social media and announced his separation from Sandra. In his words, he spent N45 million in marrying Sandra, he also stated that he married the wrong woman.

However 24 hours after their separation, Sandra has added his name, ‘Thompson’ to her Instagram page. She also shared a photo of her wearing her wedding ring with the caption “love and light”.

In a report online Sandra was forced by her family members to return to her husband’s house after a long discussion in which the feud between them was settled.