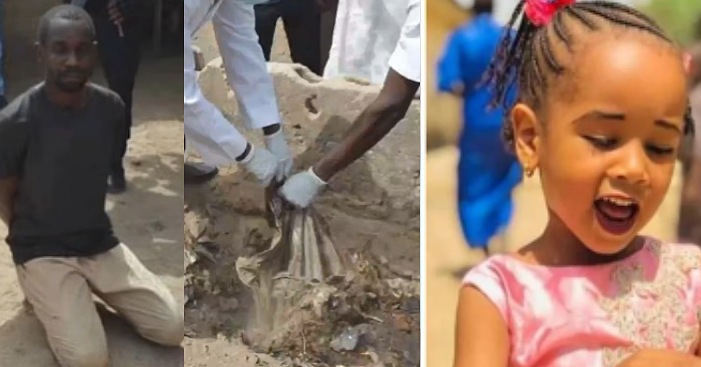 Abdulmalik Tanko, the proprietor of a private school in Kano, Noble Kids School, has been arrested over death of 5-year-old Hanifa.

Abdulmalik was arrested by the police for abducting and Killing Hanifa Abubakar who was a pupil in the school, prior to her death.

Family sources said he was among the first set of people who came to console her parents.

Her uncle, Suraj Suleiman, confirmed the killing and recovery of her remains at a private school in Tudunwada, Nasarawa local government area of Kano.

According to him, the abductor first took her to his wife, but the wife rejected to keep her.

“After his wife rejected to keep Hanifa, he took her to Tudunwada where he operates a private school and then laced her tea with rat poison,” he said.

“After she was poisoned to death, the kidnappers then cut her body into pieces and buried it within the school.”

It was gathered that the abductors were arrested around Zaria Road in Kano last night while attempting to collect the second tranche of the 6 million Naira ransom.

The 5-year-old was whisked away on December 4, 2021 by the kidnappers, who came in a commercial tricycle and lured her to enter for a joyride.

The incident occurred at 5pm when she and other neighbourhood children were returning from an Islamic school.