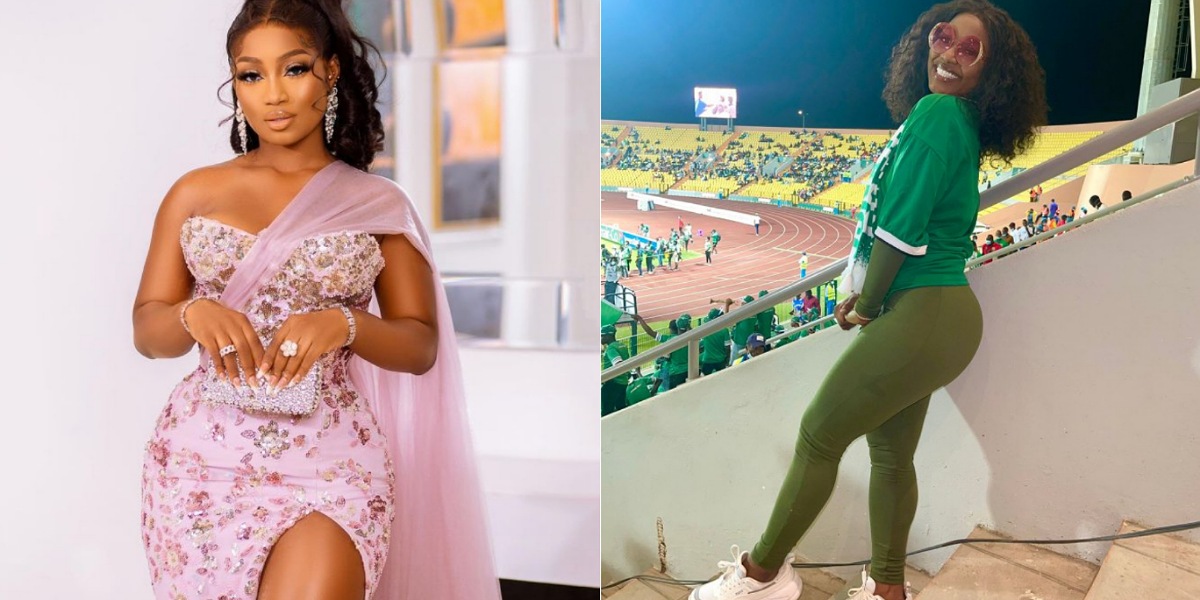 Big Brother Naija star, Esther Biade, has been trolled by Nigerians on Twitter after going to Cameroon to watch the Super Eagles at the ongoing Africa Cup of Nations, AFCON live.

The reality TV star had taken to the social micro-blogging platform to share photos taken at the stadium on her phone, while revealing that she was there to support the Nigeria national football team, Super Eagles.

‘Thank God we didn’t qualify for the world cup, it would…

“I told you they were super chickens” – John Dumelo reacts…

Esther Biade wrote on her page;

“Straight out of my camera roll, Out here supporting the super eagles Flag of Nigeria
#GNBNGA
#Afcon2021”

However, some social media users took to the comment section to drag her for going to Cameroon to show off herself.

See their exchanges below: