Lady shares the message her brother sent to her, after his wife lost her arms and legs during childbirth 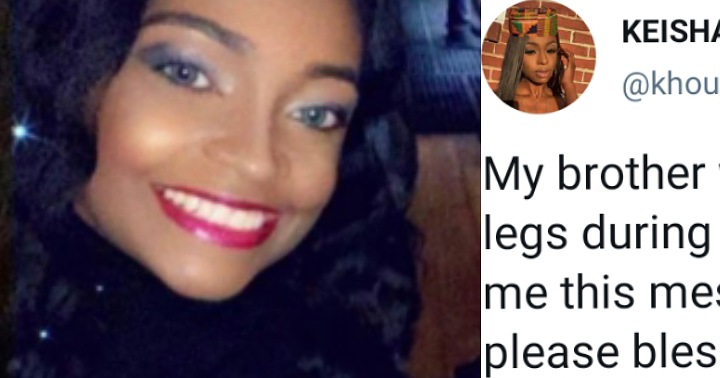 KEISHA, a Twitter user has showed off the message her brother sent to her concerning his wife who lost her arms and legs during childbirth.

She narrated how her brother’s wife lost her arms and legs during child birth which made her unable to do her make up.

“My brother wife lost her arms and legs during child birth and he sent me this message today.”

According to her, she prays God blesses her with a husband like her brother. She described her brother’s act as a perfect example of thick and thin.

“…🥺 lord please bless me with a husband like this. Definition of through thick or thin! 😍…” 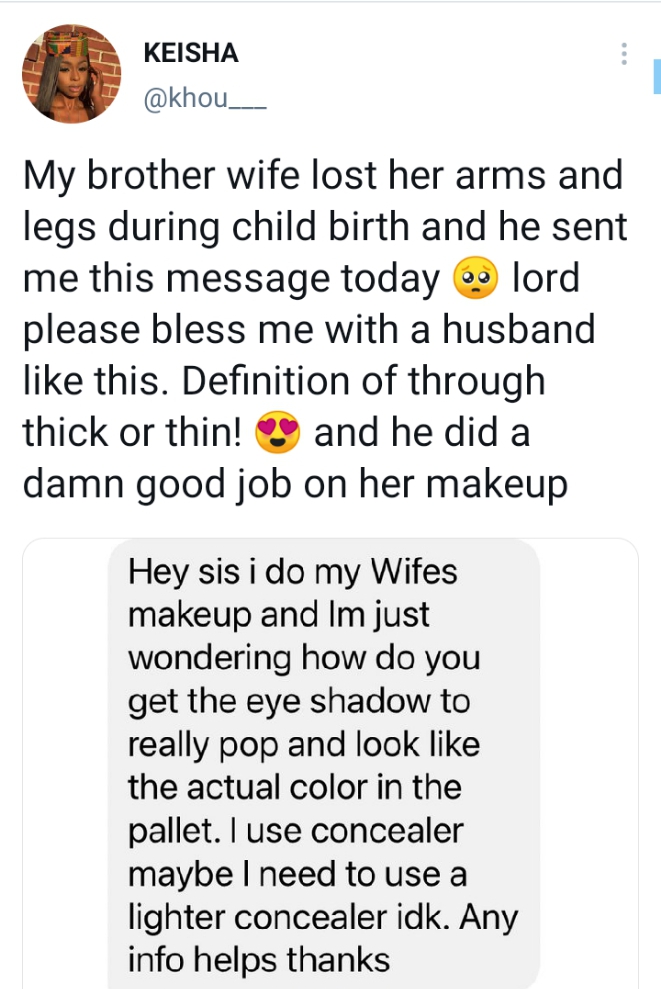 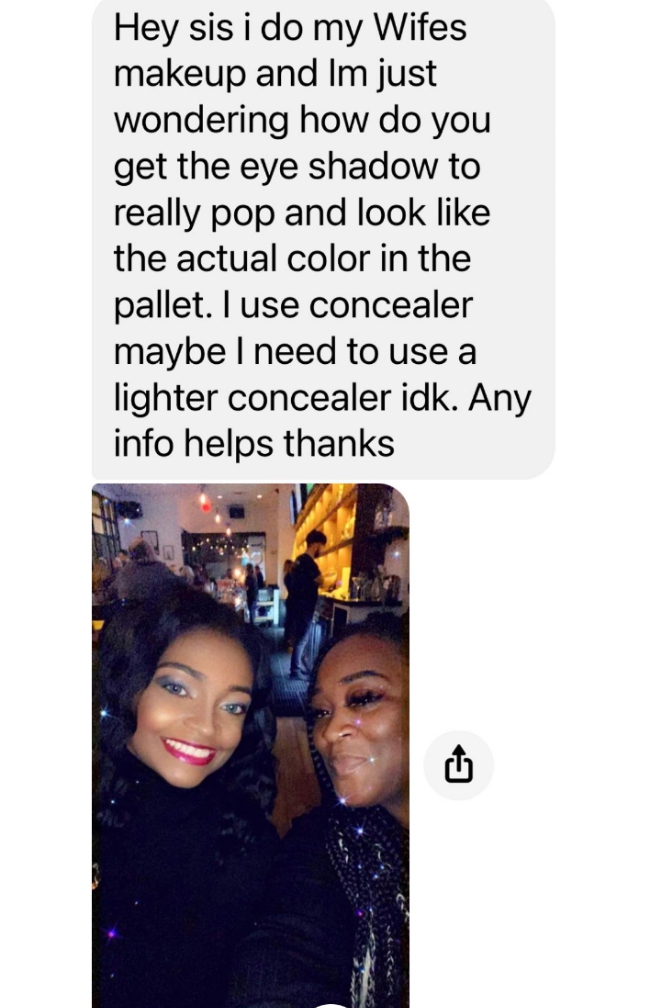 “If we are not married, the only person responsible for your finances is your father” — Singer, Benkrezt